The Willpower Instinct was created by Kelly McGonigal to assist struggling individuals create better habits by making small changes to their everyday lives. Throughout the book her examples she provided all struggled with one thing in common: low self-control and impulsivity. Their temptations would get the best of them at first until they were introduced to this willpower “drug”. The idea behind this was to start small and work to improve your character one step at a time while providing detailed and real-life examples from her readers and patients.
Each chapter provides new tips and tricks to overcome temptations. The first chapter introduces the willpower categories which will be crucial throughout the story. The “I will, I want, I won’t” categories she deems are what every decision is based on. Your “I will” power is equivalent to your motivations, saying you will do something to push you greater than your abilities you currently possess. For example, striving to study that extra hour each night could lead to higher test score you wanted, or doing extra cardio after your weight training to take off those 5 pounds you struggled with. The “I want” power is your long-term goal. Using the “I want” power is what reminds you to stay on course with your goal. Rather than using this power for a short term gain you choose to use it for the long run, knowing it will benefit you in life more than the smaller sooner. Continuing to study and skipping going out the night before an exam is using the “I want” power because you know that is a good habit to have for later education and life. Lastly, McGonigal explains the “I won’t” power. This power is used to fight off temptations or smaller sooner rewards knowing you have not earned one. Sticking to partial reinforcement tactics and “I won’t” power will help you avoid giving into your craving for another cigarette when trying to quit for example. Each one of these powers is critical in your long-term journey according to McGonigal. A good usage of these during times of temptation help to stick to a goal. 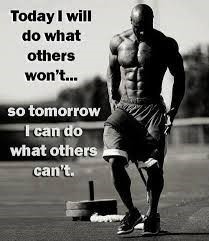 Secondly, chapter 5 “The Brain’s Big Lie: Why We Mistake Wanting for Happiness” entails the idea that we crave the mere promise of a reward so we seek things that we think will deliver on this promise of happiness, but are not guaranteed. A good example of this is the variable reward system seen in gamblers and casinos. Every time a patron pulls the slot handle or presses a button the idea of riches and money fill their thoughts knowing full well, they will probably lose. Every so often however, people do win and whether it be small or big people still see a reward and it’s a quick delivery too. This type of reward system is what keeps people in the casinos playing even though they’ve lost thousands. They play in hopes of monetary values they believe will make them happy. This money is neither guaranteed nor is the happiness associated with big winnings. An experiment was conducted in the book using rats. Every time the rats did something the researchers liked; they would receive a shock similar to what the brain feels with dopamine. They found that these rats would go to extremes just for this temporary happiness. One of the rats even went a full 24 hours without food and then was placed in a room surrounded by food. This rat was subsequently shocked before touching any of the food and remained in place thinking it would receive another round of dopamine. This was interesting to me as I read it because it made me think of all the things people crave with no real gratification. This stood out to me because in high school I had always wanted to have a lot of friends and attend parties, but I never was part of that crowd. When I got to college, I found myself in a group with some cool people and lots of friends and parties. However, I figured out slowly that this didn’t make me as happy as sticking to a few close friends. I do not regret any of the choices I made though, as they are all good memories. 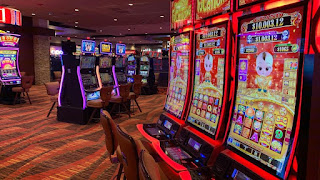 Lastly, chapter 8 “Infected! Why Willpower is Contagious” stood out to me. The motive of this chapter was to teach the reader to surround themselves with good willpower people. She goes on to say people are motivated by others as well as influenced by others’ actions. An example of this would be two groups of friends, one group goes to the gym together and compete to lift the most weight or run the fastest mile. The other group try to out drink each other. Both are motivated by the actions of others around them, regardless of the action. It is up to the individual to place healthy habits on themselves while fighting for their long-term goals. She provides examples of this by saying obesity in the US is influenced by their friend groups and advertisements. A man whose friend became obese had a higher chance themselves of becoming obese, a woman whose sister became obese found similar results in high quantities. As an individual we choose to bear the fruit of our labor. I myself had become overweight years back and was struggling with my appearance before coming to university. I started to notice things did not fit me and I was out shape. I chose that lifestyle because I was low on willpower and my surroundings made me fall into my cravings. It wasn’t until I lived on campus, I traded these habits away for new healthy ones and became a healthier individual because of it. I chose to grab ahold of willpower and spread it onto others for their benefit. Where I was happy, someone would mirror my own emotions and choose to partake in their own willpower journey. The bottom line is to surround yourself with things that make you choose better options and limit temptations. 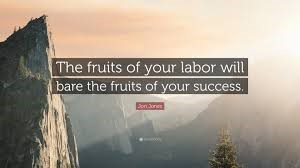 In conclusion, this book was overall a great read and I even introduced it to a client I was training for weight loss. McGonigal provides numerous examples for her reader to understand what she is saying and to drive the point home. The book covers everything it should in a self-help style for any goal. She connects with users on exercise and diet, cutting addictions, and providing motivating quick fixes that almost feel like life hacks. One thing I disliked was some of the examples were overused and repetitive. It felt like each chapter she used too many examples that were too narrow or overlapped a similar chapter’s ideals. However, she does break up the chapters into less than a dozen sections to drive home any person’s specific needs and for that I would give this book as a starter for anyone who needs to find some motivation in their lives.

Posted by Nick Silletto at 4:07 PM