In her book, The Influential Mind, Tali Sharot explains the many ways in which people can influence and change the minds of others. As a neuroscientist, Sharot knows the ins and outs of the human brain. She uses this knowledge as well as significant research to explain how we can effectively influence others. Sharot focuses on many factors such as data, emotions, a sense of control, knowledge, social learning, incentives, stress, etc. and the strengths and weakness of each in influencing others. She explains how to use each factor in the most and least effective ways in order to alter others' minds. Ultimately, Sharot emphasizes the power of influence that the human brain can have over others.

The first chapter, "Does Evidence Change Beliefs? (Priors)" focused on the weaknesses of using data to change the minds of others. Sharot used an example of a married couple who were trying to decide which country to live and raise their kids in. The wife, Thelma, was born and raised in France so she wanted to raise her kids in her home country as well. Her husband, Jeremiah, was American and felt that the United States was the best country to live and raise children in. They both kept showing each other websites with facts and statistics about the benefits of the country that they preferred. However, simply presenting the other with data didn't change the other's mind at all. The human brain isn't significantly influenced by data or scientific evidence when beliefs have already been established. These beliefs are very resistant to change. Additionally, presenting someone with new data that goes against their beliefs is not influential because they will be critical of the new data and may even develop new counterarguments that strengthen their original beliefs. This is known as the "boomerang effect." In order to most effectively change beliefs, we must utilize the power of confirmation. The human brain can be influenced through the acknowledgement of common beliefs rather than trying to prove others wrong. In the example with Thelma and Jeremiah, it would be more effective for Jeremiah to tell Thelma that he thinks that France is a great place to live and grow up in, but he would prefer to live in the United States because it's closer to his family. This is more likely to influence Thelma than stating every negative aspect of living in France. This helps people to understand others' perspectives and find common motivations which can lead to change. 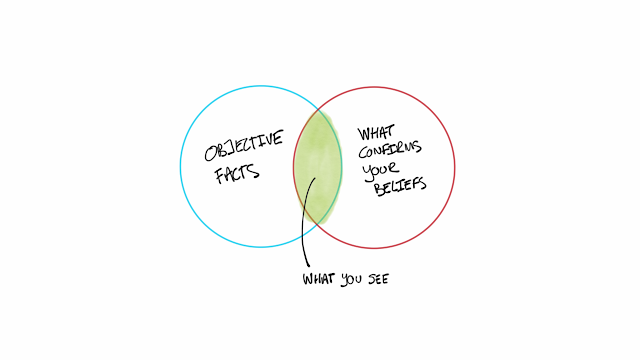 In the chapter titled, "Should You Scare People into Action (Incentives)," Sharot explained the benefits of using incentives to motivate others rather than threats. For example, the staff in an intensive care unit of a New York hospital was not significantly complying with the rule of washing their hands. When researchers placed video-surveillance cameras in the unit, the behaviors of staff members did not change, even though they knew they were being monitored. However, the use of electronic boards that provided staff members with positive or negative feedback on how they were doing each time they did or didn't wash their hands changed their behaviors instantly. Since they received positive feedback on the board every time they washed their hands, they began to comply. Threats like the video-surveillance cameras did not produce change in the behaviors of the staff members. In order to most effectively elicit change or action, the use of rewards or other types of positive reinforcement is key. Sharot also emphasized the effects of using rewards to produce change in other scenarios. Humans are wired to move towards pleasure and away from pain. For this reason it is better to use a reward that creates the anticipation of pleasure rather than a punishment that creates the anticipation of pain when motivating people to act fast. Lastly, although our immediate thoughts are to warn someone against doing something because of a consequence that may arise because of it, this is not the most effective way to elicit change. It is better to highlight the benefits of doing an action (rewards), than to focus on the costs of not engaging in it (threats). 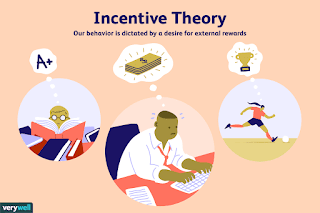 The chapter called, "How You Obtain Power By Letting Go (Agency)" focused on positive effects of maintaining control, or even perceived control. People do not respond well when their ability to control their life or environment is removed. Sharot states that control and influence are significantly related because the act of influencing a person's thoughts or beliefs is exerting control over them. Control is important to monitor because it helps us understand when people will embrace influence or resist it. Sharot states that in order to influence others, we must remove our instincts for control and focus on others' needs of agency. Expanding a person's sense of control and agency is very motivating. Even a perceived sense of control is enough. For instance, Sharot focused on taxes which people do not tend to enjoy. Although paying taxes is necessary, many people still find loopholes and avoid paying them. In order to reduce the amount of tax evasion in the United States, it could be beneficial to provide a sense of control in paying taxes. Sharot stated that researchers at Harvard University conducted a study in which participants were given $10, but required to pay a $3 "lab tax." Only half of the participants paid the required "lab tax." In order to strengthen their sense of control, the researchers allowed a group of participants to tell them about how they wanted their "lab tax" to be spent, whether it was on snacks, beverages, etc. This sense of perceived control increased the "lab tax" compliance rate to 70%. People like to believe that they have a say in a decision in order to promote their own interests. Sharot also mentions that a desire for control is the reason why many managers feel that they must micromanage their employees or teams. However, it would be more effective for the managers to step back and give their employees a sense of control in making choices or rules for the company in order to produce the best outcomes. Ultimately, the best way to influence people is to provide a sense of control, or even perceived control.


I truly enjoyed reading The Influential Mind by Tali Sharot. I learned a lot of information about the human brain and how we can influence others in the most effective and beneficial ways. I tend to enjoy reading non-fiction books about science, psychology, sociology, or politics so this book was a good match. I liked the examples that Sharot provided within each chapter to further reinforce the information that she was sharing. Some of these examples stand out in my mind and will probably stay there for a while, which shows that I really got something from this book. Overall, I thought that The Influential Mind was a very well-written and informative book about the power to influence others. I would definitely recommend this book to others. My dad actually saw me reading it several weeks ago and asked if he could read it after I finished. We are alike in that he enjoys books about science and human behaviors as well. In fact, one of his favorite books is The Power of Habit, which was another book that we could have chosen to read for this course. I would also recommend this book to most college students because it has a lot of information that can be helpful for people who are about to enter the workforce. Also, Sharot wrote the book in a way that is quite easy to understand for most people, even those without significant backgrounds in science or psychology.
Posted by Rebecca Moya at 2:33 PM