The Influential Mind by Tali Sharot explores how we as humans have an influence on ourselves and others in regards to decision-making, choices, and emotions. Sharot breaks down the seven elements necessary to influence someone; prior beliefs, emotions, incentives, agency, curiosity, state of mind, and the knowledge of others. These elements are explored and fleshed out  in each chapter. Sharot's writing is captivating with her knowledge sound and backed by empirical research.

I was hooked onto this book from page one. However, there are a few chapters that stick out to me. The first being chapter 1 Does Evidence Change beliefs? (Priors) The Power of Confirmation and Weakness of Data. For this chapter, Sharot presents the reader with an example many would be familiar with. A married couple, Thelma-born in France and Jeremiah-raised in America are argueing over where their family will settle down. Both believe their respective countries are the best place to settle down, and support their opinion with evidence such as articles and research. However, neither side see the other's point of view. Sharot attributes this to the fact that established beliefs are very difficult to change, even when strong, opposing evidence is brought. In fact, Sharot notes this can cause a "boomerang effect"; presenting someone information that contradicts their opinion can cause them to come up with counterarguments that further strengthen their origional view. Humans are also influnced by their innate instincts such as hope, fears, motives, and desires. Sharot concludes that in order to influence someone without causing a boomerang effect or a greater argument, common ground must be stablished. Sharot refers back to Thelma and Jeremia. If Thelma presents Jeremiah with an argument that did not conflict with his views, such as stating "The U.S is indeed a wonderful place to work and raise kids, but I will be happier being close to my parents". She is abating his point of view and influencing her own on common ground. 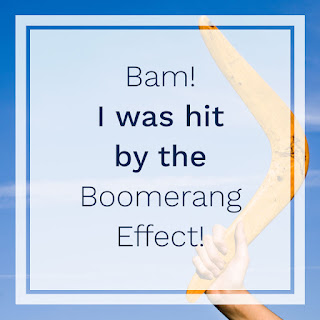 The next chapter that captured my attention was chapter 4 How Do You Obtain Power By Letting Go? The Joy of Agency and the Fear of Loosing Control. This chapter tackles the concept of control; how we, as human beings, are uncomfortable when we lack control. Subconcoiusly, we are rewarded with satisfaction when in control, and punished with anxiety when not. Sharot notes that "People who feel in control of their lives are happier and healthier". Its a notion that I agree with. Afterall, I know I feel most at ease when I have control over my life and my enviornment. Rodin and Langer conducted an experiment with a nursing home to see if residents were given more choices more responsibility would they feel a grater sense of agency? They selected two floors, one would be an "agency" floor, and the other a "no agency" floor. After three weeks Rodin and Langer found that the residents on the "agency" floor were the happiest and engaged in the most activities and 18 months later they were more healthier than the "no agency" floor. Control, or at least a perception of control is greatly beneficial to humans. 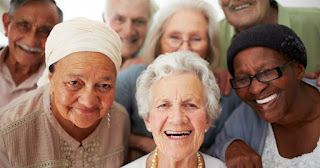 The final chapter that influenced me (literally)  was chapter 5 What Do People Really Want To Know? (Curiosity) The Value of Information and the Burden of Knowledge. As someone who lives by the motto "Curiosity killed the cat, but satisfaction brought him back" this chapter was particularly interesting to me. In this chapter, Sharot tackles the enigmatic concept of curiosity and how it can be used to influence others. The urge to fill a gap in knowledge is driven by evolution. To support this, Sharot cites an experiment conducted by Neuroscientists Ethan Broomberg-Martin and Okihide Hikosaka with monkeys. For each trial, the monkeys either recieved a big water reward, or a little water reward by moving its eyes to one of two symbols, seconds before the water was delivered, the monkey would indicate if it desired advanced information. Broomberg-Martin and Hikosaka found that not only did the monkeys want advanced information, they were willing to pay for it. Sharot follows up the findings by concluding that advanced information is needed for survivial. As such, the desire to " fill the knowledge gap" is evolutionary based. 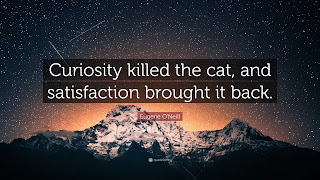 Overall, I thoroughly enjoyed this book. Tali Sharot kept me invigorated and hooked from page one. I would highly recommend this book to my fellow classmates and book clubmates. Its so fascinating to see the breakdown of our minds. A person's ability to unconciously influence others is fascinating, but to understand the mechanisms at work makes it feel like a super-power. I will take the knowledge that positive emotions influence behavior more so then negative ones and apply that to my professional and personal life.
T
Posted by Briann Skiba at 9:36 PM