The book the Influential Mind by Tali Sharot delves into the power that the human brain has in how it is influenced by others. It discusses the truth about the conventional methods that we are taught to influence others and presents other approaches that might work more efficiently based upon research. Sharot includes extensive research both conducted by herself and others to back-up her findings. This book is extremely significant because it provides a unique insight on the ways in which one can influence others to reach a desired outcome.
There were many parts of the book that really stood out to me. In particular, I enjoyed chapter one entitled, Does Evidence Change beliefs? (Priors): The Power of Confirmation and the Weakness of Data. In this chapter, Sharot presents the idea that when trying to influence our instinct to provide facts as to why we are right and the other person is wrong is generally ineffective. She explains how our established beliefs are very difficult to change and even when scientifically proven evidence opposing our way of thinking is presented, opinions often still do not shift. Furthermore, Sharot reveals that humans are more influenced by their innate human qualities that include motives, fears, hopes and desires. Sharot comes to the conclusion that in order to influence someone rather than attempting to prove them wrong, it is beneficial to try to find common ground. She uses the example of influencing those who are reluctant to vaccinate their children. After a 1998 study was conducted suggesting a link between vaccinations and autism many people have been reluctant to vaccinate their children. Even when counter data is provided few people shift their beliefs fearing the possible risk. Nevertheless, based upon an idea established by a group of psychologists from UCLA and the University of Illinois at Urbana Champaign, Sharot concluded that it might be more effective to establish a new belief in the minds of parents who are resistant to vaccinating their children rather than to counter their current beliefs. For instance, instead of countering the idea that vaccines cause autism, emphasize that vaccines have the potential to save children from illnesses that could be deadly. Thus, no matter one’s belief, the “common ground” of wanting what is best for the health of their child will make more receptive to new ideas. 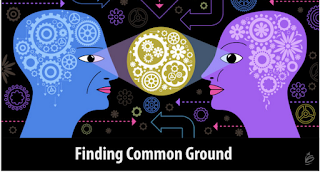 Another chapter that stood out to me was Chapter 5 entitled What Do People Really Want to Know? (Curiousity): The Value of Information and the Burden of Knowledge. This chapter describes the effective ways to get people to listen to what we have to say and breaks down the common misconception that if the information is important people will pay attention. On the contrary, Sharot reveals how people attempt to evade information that can induce negative thoughts. In attempts to prove this notion, Sharot describes a research experiment that she conducted with her colleague Filip Gesiarz in which they created a lottery game and presented the participants with two doors, a red and a blue one. The red door always had a bigger cash prize behind it then the blue door. The doors were digital and would be selected at random for the participants. Even though they could not change the outcome of which door they would get, when given the opportunity to look behind one of the doors, most of the participants chose the red one. This helped prove the point that people prefer the desirable outcome over the event that is less appealing. Ultimately, the chapter by presents the idea that if a message, either positive or negative, can be altered to incite feelings of hope instead of dread, there is a greater chance people will be inclined to listen to it. 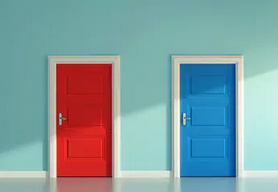 Lastly, chapter seven entitled Why Do Babies Love iPhones? (Others Part I): The Strength of Social Learning and the Pursuit of Uniqueness was particularly compelling to me. In this chapter, Sharot discusses how social learning influences our decisions and behaviors. For this reason, despite human’s desire for individuality, Sharot found that humans often still made similar choices. In efforts to display how we learn from the actions of others, Sharot references a popular study conducted by psychologist Albert Bandura in the early 1960s. Bandura had preschoolers as participants in his study. In one instance, he placed the preschooler in the room with stickers and stamps and a member of his research team playing with toys on the opposite corner of the room. Bandura’s researcher then proceeded to beat an inflatable doll, and shortly after the preschooler was taken into a room with toys that he could play with. When the preschooler was forced to go back into the original room which lacked the “fun” toys, he proceeded to beat the doll just as the researcher did. While this experiment is well-known, it provides significant insight to the nature of social learning. Sharot goes on to describe the power of social influence in memory and recollection as well. She describes how the opposing opinions of others can affect the way a person remembers something. Sharot uses the example of a dress color in a movie. Nevertheless, she concludes the chapter by highlighting that just as others have the power to influence you, you have the ability to influence them as well and many times it starts with being independent yourself. 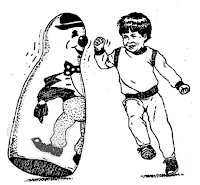 Overall, I felt that this was an excellent book. I think that Sharot provided excellent research to back up her findings and wrote the book in a very clear and easy to understand manner. Throughout the book, I remained thoroughly interested in the information that Sharot was presenting. There were really no negative aspects of the book that I can recall. I think one of the most crucial aspects of The Influential Mind, was the research that Sharot provided. She really found both relevant and fascinating studies, some of which included her own. I would definitely recommend this book to other students.