Kelly McGonigal's book, "The Willpower Instinct", was really informative. The book is about the human need and use of willpower. It talks about what willpower is, why we need it and the ways we use it and the situations we use it in. In the introduction the author briefly talks about how willpower is made up of three parts. These parts are, "I will", "I won't" and "I want". She explains that within the chapters we will begin reading, we can see stories and techniques used to make our willpower last and help use to achieve our own goals.
Chapter one, "I will, I won't, I want: what willpower is, and why it matters", is all about the three parts of willpower and some examples. In this chapter she starts off by explaining these three parts of willpower as different powers. You use "I will" and "I won't" powers when you need self control to keep you from doing something. They help you to make the decision to not do or eat or buy something etc. The third power, "I want" reminds you why your saying no and what the goal is. An example she uses of this is dieting. Someone is tempted to make the decision to eat something really sweet like chocolate cake but before they make the choice they need to stop and pause. The "I will" and "I won't" make them either decide to eat or to not eat the cake. The "I want" reminds them why, because their diet and their goal to lose weight. Wether they decide to eat it or not, they still used all three powers to make the choice. She also explained that neuroscience suggests we have one brain but two minds. One of the minds acts on impulses and instant rewards while the other protects us from acting on impulses and delays instant rewards. She talks about an example of a lady whose midbrain was damaged completely during surgery to try and stop seizures. While the seizures stopped the outcome was still negative. She lost her ability to feel fear and disgust which lead to her doing impulsive things. This backs up the saying one brain two minds. She seemed to be left with only the mind that acted on impulses for instant rewards. One other thing the chapter talks about that I found really interesting was that meditation enhances your ability to use self control and willpower better. While meditating you are teaching the brain to do many tasks that involve self control. These tasks you are working on are more focus, attention, how to manage stress, help with your impulse controls and lastly a better self awareness. All of these things are scientifically proven to increase gray matter in the brain. More meditation comes with more self awareness and gray matter which helps the person to have more willpower and self control.

Another chapter I really enjoyed was chapter two, "The Willpower Instinct: your body was born to resist cheesecake". In this chapter the author talks about two techniques, the fight or flight and pause and plan. Both of these are innate responses to different situations where we must act and make a choice. The two situations the author uses are a sabor-toothed tiger and strawberry cheesecake. The author explains both of these are not good for your health and specifically says "both can derail your goal to live a long and healthy life". She then goes to explain both of these situations are the same but quite different threats, this being said we will deal with them differently. Dealing with the threat of a sabor-toothed tiger we would use out fight or flight response meaning we would fight or run to save our lives. The way she explains this innate response to work is really interesting. The purpose of fight or flight is so that your brain makes your body act very quickly and use every ounce of energy you have to get away.  What happens is that when you first see the sabor-toothed tiger that information leaves your eyes instantly and goes to the amygdala which is pretty much your bodies alarm system. Once in the amygdala the signals are sent to the rest of your brain and body which enables the flight or fight response. This process quickly releases stress hormones to your adrenal glands which get your cardiovascular system kicking so you can use all the adrenal to leave the dangerous situation.
The fight or flight response want you to act on impulse to escape the danger. When it comes to the cheesecake it is a different type of danger. The innate response you use in this situation is pause and plan. The author explains that when your eyes first lay sight on the strawberry cheesecake, dopamine is released from the neurotransmitters.The dopamine makes you want and need the cheesecake. While this is happening you body also drops its blood sugar level. The second you think about eating the cheesecake, your brain uses it's neurochemicals to make your body use all the energy you have causing you to have a drop in your blood sugar levels. This prompts you to become light headed and shaky and even cranky. Your body is trying to force you to eat the cheesecake, it is making you think you need it. When this happens fight or flight is not necessary because you are not likely to die in this situation. Instead you use pause and plan. With this response adrenaline is not released so, your body allows you to have time to think about the choice you are about to make, do you want the cheesecake or do u want to walk away. Both situations use a type of self control innate technique but are both also quite different. 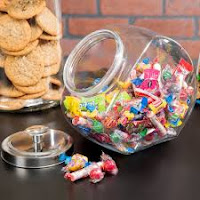 The last topic I was really interested in was that self control or willpower gets used up over time. The author explains that scientist Roy Baumeister, came up with the hypothesis that self control is just like a muscle. She explains that he said it is believed when trying to control things like your attitude, dietary choices and spending choices etc., you use the same type of strength. Because of that, when you use your self control/willpower you are also depleting it. This is why you need to strengthen it. She gives an example of a thirty five year old man who strengthened his self control/willpower. The man was addicted to candy. In order to help him stop from indulging he decided he needed to strengthen this self control. In order to do this, he put a jar of candy in the hallway outside of his office. Because his office is at home he finds himself having to leave and return to the office daily. The candy jar being where it is, has him passing by it multiple times a day. By passing this jar multiple times he is exercising his self control, making it stronger. Eventually he didn't eat candy nearly as much thanks to him being able to work on his self control.
In conclusion, this book was interesting and a great way to learn about your need for self control. I liked how the author used multiple reasons you need to use self control say for dieting, impulse spending, risky behaviors etc., because this lets many people relate with topics they may struggle with. I also liked how there were examples of situations or stories involving actual people. I think hearing those stories lets you better understand what is able to happen when using self control and willpower. There wasn't anything I necessarily disliked. I just think that it could have been shorter, it seemed to run long and I found myself losing some interest at the end. However, I did enjoy the book and would recommend it to others. I think they can learn a lot and definitely be interested.

Posted by NicoleRanere at 1:57 PM