When it came time for my 3rd post, I knew I wanted to post about motivational costs. Its an interesting topic to me, and it seemed like I could create an interesting post about it. Unfortunately, I was suffering from writers block, and couldn't think of any ideas. My attention kept returning to the TV playing an episode of Family Guy. It was the episode that Peter decides to drink himself half to death in hopes of finding a scroll in his beer which would win him a trip to the brewery. While I was watching this, I couldn't help but think, "Peter is undergoing a lot of motivational costs in order to achieve this goal." So that's how I decided to write this post about an episode of Family Guy.

When Peter found out that his favorite beer was holding a Willy Wonka type contest in which scrolls were being put in winning beers, Peter decided this was a goal that must be accomplished. While accomplishing his goal, he had to endure many motivational costs. The response cost was the hundreds of beers Peter had to consume. The time costs referred to the amount of time it took Peter before he found his scroll (about one day). The physical energy costs was the thousands of calories ingested by Peter from all the beer. Also, the task required minimal energy expenditure. As far as psychological costs go, Peter was very dedicated to the accomplishment of this goal. I don't know if I would go so far as to say he had "self-control". Finally, it didn't seem like Peter gave up any particular opportunities to achieve his goal, so he didn't feel any regret in his actions. 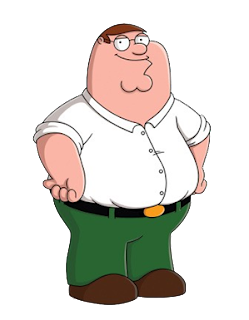