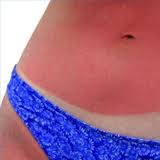 Before taking this class, I never realized how much motivation plays a role in our everyday lives. According to our textbook, to be motivated is to be "moved into action, or to decide on a change in action". Psychological and physical energies are what push or pull us into some desired end state, while there are various internal and external sources (and incentives) that motivate us in one direction or another. Motivation is also evolutionary and they have changed and evolved over the course of human history. It is essential in mate selection and explains why we choose who we do. According to the good genes hypothesis, a member of the opposite sex selects an attractive mate based on the assumption that attractiveness signals genes for good health, fertility and intelligence. It can also explain reasons for drug abuse and addiction as well as behavioral addictions. Behavioral addictions include anything from shopping addictions to gambling addictions.
Arousal and effective valence are also important components to motivation. There is a delicate balance between too much, too little, and just the right amount of arousal in a situation, known as the zone of optimal functioning. Too much or too little arousal can negatively impact your performance on a task. Psychological properties of motivation, such as drives, needs, and awareness, play an important role in motivation as well. One important aspect of this section is the need to achieve versus motive to avoid failure. Those who have a high need to achieve engage in task-oriented behaviors while those with a motive to avoid failure are inhibited from attempting achievement tasks. Your personality traits also determine your motivation. The five-factor model of personality has several personality dimensions which as openness, conscientiousness, extraversion, agreeableness, and neuroticism. These personality dimensions explain why people are motivated by different incentives, situations, and activities. It is amazing how much motivation plays a part in our every decision, yet we are rarely conscious of it and the reasoning behind it as well.

My favorite section of this course was Chapter 5 which discussed Homeostasis. I never realized how internally motivated we are by temperature, thirst, hunger and eating. If we deviate too far from our body's natural set point, then there becomes a physiological need to alter our body temperature, drink, or eat. Now that summer is starting to set in, I recently had a bad experience with my body trying to maintain homeostasis.
I went to the beach a few weeks ago and got so sunburned that I had almost every symptom of sun poisoning (except blistering - thankfully!). I was freezing cold, shivering, and had the chills for the first two days after the sun burn. My outside body temperature was so high, that my body was trying to find a way to cool me down. I also almost fainted because all I had eaten that day was mint chocolate chip ice cream and my blood sugar was low. Also, since I had not had anything to drink, I became mildly dehydrated as my intracellular and extracellular fluids were low. Now that my sunburn is gone and my skin is done peeling, I have a cold. I vow never to go to the beach without sunscreen ever again!!!
http://www.youtube.com/watch?v=gRiCH8CXHvw

(The picture above isn't me but that is exactly how red I was.)