Overview
I was very surprised in reading the first chapter alone by how in depth the study of motivation is. There is way more involved than one would think and it was really very interesting to learn about. We started off being introduced with motives and incentives. Motives deal with the internal biological and psychological needs and these push a person to an end state; hunger is a motive for eating. Incentives are external and they pull a person to an end state; interest charges are the incentive to pay your bill on time. I saw this concept as the foundation of motivation and in the following chapter we were shown specifically how this worked in all aspects of our lives. We were shown how emotion are linked to motivation, for example, fear is seen as the universal motive that tells us to escape a harmful situation or even a situation that we don’t want to be in. We were informed about how addictive behaviors, whether they’re behavioral or psychoactive, effect a person and why they keep going back for more and can’t stop. We then moved into homeostasis and what drives us to eat and drink as well as our drives and needs. Through the last part of this course we learned how our personality characteristics affect behavior because our traits affect the situations we put ourselves in. We finished out with goal motivation, which is all about using the goal as the incentive for a person to achieve that end state, and finally furthered out outlook on how emotions are motives.

My Favorite Part of the course was probably Chapter 4, Addictions and Addictive Behavior. I had learned a good deal of the basics when I took Physiological psychology, but this gave me a chance to look at it in a whole new aspect. While it all interested me, I was particula 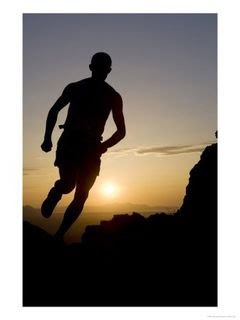 rly intrigued by the small section on positive addiction. Addictions are usually seen as bad so I was taken back while I read this because I’ve never heard it in that light before. Exercise addiction, although positive, can have many of the same symptoms and effects as drug addictions. Tolerance can be built up and many experience withdrawal symptoms when they are unable to work out. Strenuous exercise can create what’s called runner's high, which give feelings of euphoria, positive mood, and relaxation. This is because of the endorphins that are released. You are considered addicted when you crave this runner's high, as well as when you organize your life around exercising and push to yourself to extremes although there are consequences.

This video give a first had experience of a very seasoned runner.


I was probably so intrigued by this because I could be on the verge of being a mild exercise addict. I love to be active and the benefits greatly outweigh the risks or consequences. I do have to be careful because I do have injuries but I’m constantly pushing myself to become better and do more. I do a combination of cardio at the gym and P90x workouts at home. Between the two of them I can say I have definitely experienced a runner's high at some point, maybe even more often than I think!
Posted by A Wojtaszek at 9:49 AM