The course began by identifying two main sources of motivation: internal and external factors. Much of the material covered in the text falls under one of these two categories. Internal factors, also called motives, are those aspects which push us towards a desired end. These include biological and psychological variables. Biological variables are the material characteristics of the body and brain. Physiological changes, arousal, genetics, human nature, universal motives, and evolutionary history are all biological variables that motivate behavior. Psychological variables are motive variables that can be measured. They include emotions such as fear, anger, and sadness, and drives like hunger and thirst. Motivation is also affected by personality traits and psychological needs. Three important psychological theories include Maslow's Hierarchy of Needs, Hull's Drive Theory, and Freud's theory concerning unconscious intinctual impulses.

External factors, or incentives, are the environmental aspects which attract or repel individuals. Incentives can be both extrinsically and intrinsically motivating. Motivation is also dependent on other external factors like goal setting, opportunity costs, psychological costs, and physical energy costs. Not all incentives are natural, as psychoactive drugs like caffeine, cocaine, opiates, and alcohol, can also motivate behavior. These drugs can be so motivating that they often result in addictions, as discussed in chapter four.

One area that I found especially interesting was the Boundary Model of Eating, especially as it relates to dieting and weight loss. According to this model, there is an upper boundary of satiety and a lower boundary of hunger. The zone of biological indifference is the area between the hunger boundary and the satiety boundary, where social factors and palatability of food determine how much is eaten, instead of physiological reasons. Most diet plans support cognitively imposed eating boundaries, since they are typically based on calorie restriction (between 1,200 and 1,500 calories per day). Since weight loss is typically motivated by social reasons, they als 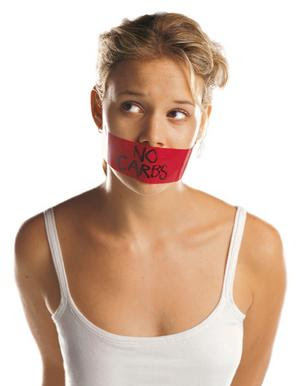 Diet plans that endorse calorie restrictions and restrained eating set dieters up for failure. Research has shown that restrained eating leads to binge eating, stress-induced eating, increased craving, and greater susceptibility to palatable foods. Additionally, the inability to live up to cognitively imposed boundaries causes dieters to experience frustration, guilt, and feelings of failure. These negative emotions then become associated with dieting, further decreasing chances of success and turning dieting into an over-emotional, anxiety provoking process.

A more logical solution to weight loss is to focus on the physiological aspects of eating, like understanding your eating boundary and paying attention to feelings of hunger, fullness and other bodily cues. This removes all of the emotions we attach to food, like hate, deprivation, and desire, and enables us to see food as it actually is: fuel for our bodies.

I found the material on addiction to be the most applicable to everyday life. This is evident in the large number of students who chose to blog about this subject. Addiction is a highly relatable issue, as most people know someone with an addiction, or perhaps they are suffering from one themselves. I think some of the interest in addiction also stems from the fact that it is not so hard to imagine ourselves in a similar situation. With shows like A&E's Intervention, awareness about addiction is on the rise. One of the more recent areas of interest concerns prescription drug abuse, especially among teenagers. The video below provides a good explanation of issue.