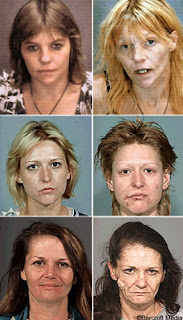 We are all motivated to do things in our lives but in most instances, we do them without even thinking about it. What motivates a person to do some of the most basic things like eat, sleep, or behave the way they do? Throughout this class, we have learned the reasons behind our behaviors and emotions: Homeostasis, arousal, and coping mechanisms. These, along with several others are all reasons why we are motivated to do things in our lives. Without this class, I may have never understood how our body and brain works together to motivate us to keep going, and functioning properly.
What interested me more though were the things people are motivated to do that are
outside the norms of society such as becoming anorexic, being a procrastinator, or having an addiction to gambling or drugs. What could make a person do things that are frowned upon? Why is it that some people get caught up in these activities, while other people do not? By taking this class, I have been able to come to a better understanding as to why people do the things they do. I personally have had to deal with family members struggling with addiction and now see what has motivated them to take the path less traveled.
Drug addiction is a problem for a few members of my extended family. For years, my one cousin in particular has been addicted to nearly every drug available. What started out as experimenting with marijuana, turned into an addiction to prescription drugs, and then finally an addiction to heroin, not missing very many drugs in between. My cousin has three children, ages 10, 6, and 5. I have never been able to understand why does the things she does. My frustration comes mostly from seeing her abandon her children and lead the life of an addict. The question that I ask everyday is "How co 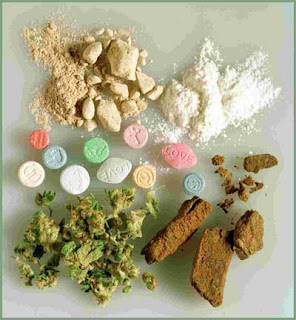 uld she?" By taking this class and reviewing the chapter on addiction, I have a better understand of what has motivated my cousins behavior.
My cousin has always been a thrill seeker. If she was told she wasn't allowed to do something, that only increased the likelihood that she would do it. I now understand that she may have had a personality disposition that increased the chances of her taking the drugs and liking the effect they had on her body. Also, throughout her life, my cousin rarely needed to take responsibility for the things she had done. I think that because of this she would begin to make up thing and create new stressors for herself and gave her an excuse to use the different drugs. In her mind, she was just trying to make things better, and this is the only way she knew how. What didn't help the situation is that her fiance and father of her children had the same problem with addiction as she did.
As time went on and they had more children, their lives became too much to handle. Their comorbidity of stress and anxiety weight heavily upon them. By this time, they were both addicted to prescription drugs. My cousins fiance feel into a deep depression that not even the drugs could help him with. One night, he called my cousin to come over and my cousins world as she knew it would never be the same. That night, her fiance proceeded to shoot and kill himself right in front of my cousin. By reading this chapter, it has become clear to me that she now suffers from Posttraumatic stress syndrome, or PTSD, and self medicates to help her forget that night. Her PTSD has become so overwhelming that she can no longer function in a way that is normal in society.
Her wanting to block the memory of that night was positively reinforced each time she used. Every time she would take the drug, she would stop feeling the pain of losing the love of her life. After a while, my family realized what was happening to my cousin and we tried to get her to stop. After years of using drugs, it no longer had the affect she once sought out. Now, her addiction to heroin had built up such a tolerance that her usage was now just an effort to avoid any withdrawal symptoms.
Through this class I was able to understand through the affective model of negative reinforcement why my cousin would continue to use drugs after so many years. After years pushing and trying to get her help, she finally had the motivation for change and agreed to get help. I have always understood that an addiction, especially to narcotics is no easy thing to get over. I know that relapses are something that should be expected but never understood why. I now see that the use of drugs has primed my cousin for future drug use, especially if she is put in a situation that was similar to before when she was using.
Overall, this class has helped me to deal with my own issues having to do with my cousin and her drug use. In doing so, I have been able to enlighten members of my family about her behaviors and motivation behind her actions. I think that if more people understood the actions of an addict and their reasons behind them, people might be able to help before the problem gets too far. If more people saw the behaviors that could lead to drug use, they could maybe help to stop someone before it got to that point. Also, if people shared the stories of people they know suffering from addiction, this could also deter them from sharing the same fate.
Maybe if more people who have suffered share their story, we can stop future generations from doing the same.
Posted by Jill Spencer at 2:44 PM