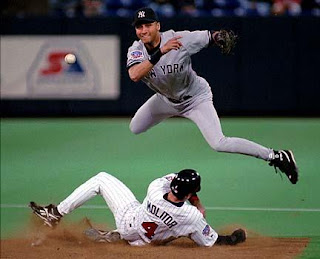 Overview: This course is more relevant to life than any psychology course that I have ever taken. It is about what motivates individuals to engage in certain behaviors and actions. Any outside element (meaning not internal) that causes an individual to engage in a certain action is called an incentive. An example of this would be money causing someone to work hard. Money would be the incentive. Incentives are what cause motivation. This course demonstrates how incentives motivate people in many different aspects of life. Some of the topics covered in the course are hunger and thirst, coping with stress, addictions, and performance under stress. The course demonstrates how motivation comes into play using real-life topics like these.

Favirote Part: My favirote part of this course was chapet 6. I have been an athlete for my entire life, so learning about how arousal affects performance was very interesting to me. Arousal is strongly linked to performance. It is defined as the activation of energy for a behavior. Arousal can affect performance both positively and negatively. There are two types of arousal, which are physiological arousal and brain arousal. In physiological arousal the body changes to feel more energized. When this happens the sympathetic nervous system causes sweating, increased heart rate and breathing,and muscle tension. In brain arousal, areas of the brain recieve more blood, glucose, and oxygen. These areas are more active and use more enegy. How arousal affects performance depends on the task that needs to be accomplished and the person performing the task. This is called the Inverted U arousal relationship. There is are points at which arousal increases performance, levels off, and decreases performance. It was found that high arousal increases performance on easy tasks and that low arousal is best for difficult tasks. I found this very fascinating. Athletes often use stimulants for obvious reasons. Because of the effects on the sympathetic nervous system an athlete will have more energy. However, baseball players often use powerful stimulants to increase concentration and reaction time when hitting a baseball. This seems to somewhat conflict with what chapter 6 states about low arousal being best for difficult tasks, as hitting a baseball that is thrown over 90 miles per hour is the most difficult task to accomplish in all of sports. However, difficult may mean complex, as hitting a baseball can be considered a simple yet very difficult to accomplish task.

Extension: Motivation is relevant in every aspect of life. Without it, nothing would be possible. Every person that has ever accomplished anything did so in part because they were motivated by incentives. Whether you are an athlete, doctor, business person, student, or simply want to reach a personal goal such as weight loss, you will not be able to take the action needed to accomplish these goals without motivation. Incentives and the degree to which a person is motivated by them is often the difference between a successful person and an unsuccessful one.
Posted by adam oddo at 6:36 PM