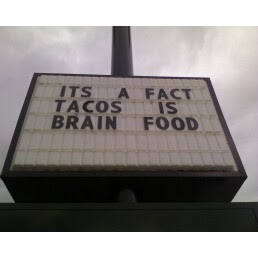 The text names four major categories of universal motives: sex, fear, food, and music. All good stuff I know, except for that fear thing nobody likes that one much, but the other three (often used in conjunction with each other) usually provide a relatively good time.

Now sex as a universal motive we can all understand because sex is not only how we all got here and how we will start families of our own but it's also super fun and hopefully within the boundaries of the law.

Food is also a given when talking about universal motives, food is our source of energy, it's the way we survive and have survived since humans have been in existence and as long as you aren't eating at a place that ends in the word wing, food can be extremely enjoyable to eat. We even have innate preferences for certain kinds of food. Our body instinctively prefers foods that will provide us with the most of what our body primarily runs off of, sugar. The brain in particular needs the greatest amount of glucose to function properly. So that sweet tooth of yours has taken thousands of years to perfect so make sure not to just ignore it cause it knows what's best for you. Our bodies and minds over time learned to go after high sugar content foods because it will give our bodies and minds the energy we need to get through the day. So food and sex over time have become very important motives in our lives and evolutionary factors only keep reinforcing this because sex and food are the two most crucial things to our survival.

On to the next one being fear, or the avoidance of fear in this case. Humans have learned to avoid fear and fearful situation innately also as a means of survival. Obviously since way back in the day the meaning of fearful situation has greatly changed for the better; I have to admit i'd much rather be afraid of failing a test or getting rejected by some girl than having to run from a large sabertoothed tiger just because I walked outside to take a piss. Yes I know some cultures may still have this problem but hey this is America, that means everybody in the world lives like I do...right? Regardless, the importance of avoiding fear became a crucial learned motive due to the importance of survival.

Now music...wait how did music get in there again? Music may be in there for a number of reasons actually. We use music as a mood regulator, to either enhance our positive moods or to reduce our negative moods. Nothing like chasing that shot of sadness with a nice cool glass of Jack Johnson right? Music also promotes social bonding, we listen to music with our friends that we all enjoy and talk about how good the band is or maybe we make our own music with others and that's an even better feeling. However, what I would really like to know is when did music start being reinforced as a universal motive. Who was the first one to start using their voice to make a tune, or bang on the ground to play the drums. Who was the first to keep doing it (practice)? Who was the first to perfect it? I can't answer that question but i'm willing to bet he had lots of sex. That's another possible reason music has come to be so important; we use music as a way to charm the other sex. So if a person is able to make music and make the other sex happy then they are that much more likely to be sexually selected by a mate. Music generally derives positive feelings as opposed to negative ones which is why so many people listen to music. The only people I can even think of that don't bother listening to music would be the eldery, and look at how grumpy they are. We even have special songs for special occassions such as the national anthem, or the happy birthday song. Music has just become a part of who we are; you may not even notice that you make music throughout the day by humming or whistling but it happens. We all replay the last song we heard in our heads for who knows how long, until you hear another one I suppose. If you could manage to take music away from an individual for the rest of their life, or took it away from everyone, I can guarantee you those people would lead a much more miserable remainder of their life. One question I would like to ask however would be, let's pretend music never even came to be. Nobody ever banged the first drum or sang the first note. Would we all be slightly more depressed? Or would the fact that we never even knew what we were missing out on cause us to be just as content as we would have otherwise been. And how long would it be until YOU started singing?
Posted by Billek at 8:41 AM