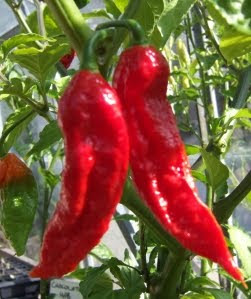 Overall I enjoyed the course, not to mention only having to meet once a week. I have always known that motivation plays a key role in the lives of human beings but I never really knew how much until I took this class. Everyone has a motivation for making each and every decision they make. The motivating factor may be as simple as liking the flavor of one food over another not; or even not feeling like walking the three hundred feet to the lunchroom to get lunch so we sit there feeling hungry. What I did learn in this class that I hadn’t known before is that even animals have motivation for their actions. This was intriguing and good to learn about.

My favorite part of the class was the inclusion of all of the different types of videos. I like that they ranged from informational to entertaining. One of my favorite videos was the video of the man eating the ghost pepper, the hottest pepper in the world. This video was shown to demonstrate hedonic reversal hedonic reversal is where a person begins to like something that was originally painful or feared most people are not born enjoying large amounts of capsaicin. However, over time people tolerate more and more until they enjoy ingesting it. The man in the video enjoyed ingesting capsaicin and could easily eat hananero peppers, a very hot pepper. Because he could ingest hot peppers easily he thought the ghost pepper would not be much of a challenge. His motivation, in this case, was curiosity. He just wanted to see if he could do it. This relates to life outside of class because many people practice hedonic reversal for many different reasons. For example, people who once did not eat meat because they were fearful of the effect on their bodies, slowly begin to eat meat and learn to enjoy it. This also relates to life outside of the course because many people are motivated by curiosity. Many people do things just to see the results just like the man in the video.
Posted by CharleneW at 5:27 PM