The overall content of the course focused on the various types of motivation that can occur. Motivation can range from physiological behaviour to psychological ones. Motives typically push an individual. For example, one can be pushed, or motivated by hunger. From this push, it motivates the individual to eat, thus ending the hunger. An incentive pulls a person to an end state. Other areas of motivation involve emotions, where one needs to belong to a group and feel loved. In each case, motivation is a tool for survival. It assists one to satisfy necessary biological needs, such as hunger and thirst, as well as psychological ones, dealing with belongingness. It is vital for individuals to belong to a group and feel wanted, as this primitively was a tool for survival. Those who were apart of a group had greater chances of surviving predators, than those alone. In modern times, being apart of a group is still a form of protection and furthermore aides in fulfilling a sense of self worth.

Motivation also ties in with achievement. There are number of goals that everyone tries to conquer. Some succeed, while others may fail. This sense of failing, however, may aide in helping an individual try harder. Other areas of motivation dealt with coping with stress. Stress can deplete the immune system, thus affecting a person biologically, as well as, emotionally. Self motivation is one aspect that helps push a person, by visualizing themselves in the future. This helps to motivate an individual in the present. For example, a college student may picture themselves being involved in their predetermined career, even though they are not in that field yet. From this, they can continue to work hard, knowing that the reward will be great in the end. Rewards ultimately tie in with motivation. The reward of food, satisfies hunger. The reward of love, satisfies the need of belonging. The reward of graduating, satisifies a feeling of accomplishment and self worth. The time frame of the reward, however, determines how motivated a person will committ themselves to acheive it. Some may ultimately want thier reward instantly, while others will go through the hardship first, knowing the reward will be greater in the end. There is a wide array of topics covering motivation, mainly helping to fulfill a biological or psychological need.
One area in which I found most interesting, was acheivement motivation. With this, one does every attempt possible to avoid failure. Failure, however, is typically inevitable. There are going to be times in which one will fail. Acheivement helps to motivate me, and failure assists in making that goal even more. Maslow's heirarchy of needs can be correlated with acheivement motivation. The levels of Maslow's need theory begin at physiological and move upwards to safety, social, esteem and self actualization. Through Maslow's theory, it is believed that each person needs to fulfill each level, before reaching self actualization, which is using one's talents to the maximum, in the area that the individual decides on. Physiological needs depend on satisfying needs, such as hunger and thirst. Safety is fulfilling the need of avoiding anxieties and having security. Social is having a sense of belongingness with friends, family and close relationships. Esteem is defined as acheiving not only self respect, but respect of others. Through each of these levels, an individual is able to understand, love and respect themselves and others.With self actualization, they ultimately are comfortable with who they are and what they do.
This course can relate to real world issues outside of the classroom. Motivation deals with all areas of life and every individual experiences it and needs it. Even at the basic level, everyone around the world is motivated by food. Although goals vary from culture to culture, there is still a motive behind how accomplishes what they need to do. 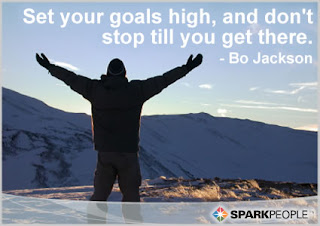 This video is of a man who climbs buildings, without any ropes. I chose this video because it is a literal example of acheivement through motivation and the reward at the end.
http://www.youtube.com/watch?v=VfBitUoDWjM
Posted by ddv at 8:19 AM