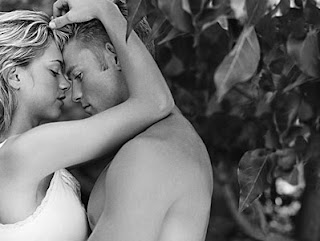 According to some Evolutionary Psychologists it is and there are some interesting reasons as to why the human phallus has evolved into what it looks like today. The central reason being to ensure reproductive success through the displacement of possible foreign sperm lying in the vaginal tract of the female they have chosen to copulate with. Upon examining the design of the human penis Dr. Gordon Gallup and Rebecca Burch hypothesized that “A longer penis would not only have been an advantage for leaving semen in a less accessible part of the vagina, but by filling and expanding the vagina it also would aid and abet the displacement of semen left by other males as a means of maximising the likelihood of paternity.” So how did natural selection equip men to solve the adaptive problem of other men impregnating their sexual partners? The answer, according to Gallup, is their penises were sculpted in such a way that the organ would effectively displace the semen of competitors from their partner’s vagina, a well-synchronised effect facilitated by the “upsuck” of thrusting during intercourse. Specifically, the coronal ridge offers a special removal service by expunging foreign sperm. The effect of thrusting would be to draw other men’s sperm away from the cervix and back around the gland, thus “scooping out” the semen deposited by the sexual rival.

To prove his “semen displacement hypothesis” Gallup and a team of his students selected several sets of prosthetic genitals from erotic novelty stores, including a realistic latex vagina which they tied off at one end to prevent leakage, and three artificial phalluses. The first latex phallus was 6.1 inches long and 1.3 inches in diameter with a coronal ridge extending approximately 0.20 inch from the shaft. The second phallus was the same length, but its coronal ridge extended only 0.12 inch from the shaft. Finally, the third phallus matched the other two in length, but lacked a coronal ridge entirely. In a controlled series of “displacement trials,” the vagina was injected with artificial semen made up of flour and water before the phalluses were inserted at varying depths (to simulate thrusting) and removed, whereupon the latex orifice was examined to determine how much semen had been displaced from it. As predicted, the two phalluses with the coronal ridges displaced significantly more semen from the vagina (each removed 91%) then the headless control who only removed (35.3%). Additionally, the further that the phalluses were inserted – that is to say, the deeper the thrust – the more semen was displaced. When the phallus with the more impressive coronal ridge was inserted three fourths of the way into the vagina, however, it only removed a third of the semen, compared to removing nearly all semen when inserted completely (Gallup, 2003).

In the second part of the study which was published in Evolution & Behaviour, Gallup administered a series of survey questions to college-age students about their sexual history. These questions were meant to determine whether sexual behaviours could be predicted based on the men’s suspicion of infidelity in their partners. In the first of these questionnaires, both men and women reported that, in the wake of allegations of female cheating, men thrust deeper and faster. Results from a second questionnaire revealed that, upon first being sexually reunited after time apart, couples engaged in more vigorous sex – namely compared to baseline sexual activity where couples see each other more regularly which allows one to infer that by using their phalluses proficiently as “semen displacement devices,” men are subconsciously combating the possibility that their partners have had sex with another man in their absence (Gallup, 2003). It should be noted that the findings from this particular study did not unequivocally prove the semen displacement hypothesis, but it certainly confirmed its principal points while also supporting the evolutionary psychological concepts introduced in chapter three of our text in regards to men and the worry they feel about sexual infidelity (pg. 62), for if the female was sexually unfaithful, then the male is in doubt about his paternity of any children that might come from the union because they in fact may not be carrying his genes at all, but those of another (Deckers, 2010)