Article 1 – Movies and their Ability To Evoke Emotion: 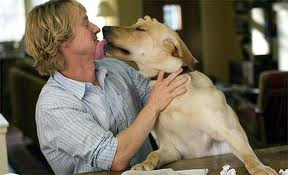 Film is a very powerful media tool which can stir the emotions of even the strongest of individuals. It can leave one inspired, enraged, filled with sadness, or barrelled over in laughter if produced and written well. I know personally I have experienced these differing emotions when viewing films such as Beaches, The Green Mile, Marley & Me, Mississippi Burning, and The 40 Year Old Virgin… and these are only but a handful of pictures which have had the ability to induce very real emotions in me. Movies allow an individual an opportunity to identify with the characters they view on the big screen…you are drawn into their experience and at the same time you perhaps catch a glimpse of yourself, loved ones, or humanity as a whole even if it is for only a brief moment in time.

This concept of induction in regards to emotion has been examined by many within the Psychological community and it has been proven that film, music and even the written word can evoke emotional response. For example, researchers such as: Marston, Martin, Labott, and Spatny have conducted experiments within a laboratory setting where they showed clips from films such as: The Champ, Brian’s Song, and My Life and found that some participants in the study were moved to tears by what they viewed, however, the author Lambert Deckers raises the question “Can experimentally induced emotions match the intensity of emotions felt in life, such as a broken heart…is it felt to the same degree? I believe it truly depends on the individual, for I know many who are unmoved by scenes in particular films which have left me crying like a baby or raging on in a fury. Every person perceives things in their own way, but this should not take away from the fact that for many these external resources or venues indeed leave a profound imprint on the heart and the mind.