I was very surprised in reading the first chapter alone by how in depth the study of motivation is. There is way more involved than I had originally imagined and it was really very interesting to learn about. The Text and Slides first introduced motives and incentives. Motives deal with the internal biological and psychological needs and these push a person to an end state;for an example hunger is a motive for eating. Incentives are external and they pull a person to an end state, late fees are an incentive to pay your car insurance on time. We were shown how emotion is linked to motivation in many aspects., An example of this would be fear, seen as the universal motive that tells us to escape a harmful situation or even a situation that we don’t wish to be in. We were informed throughout the text, about addictive behaviors, and whether they’re behavioral or psychoactive. We then moved into homeostasis and what drives us to eat and drink as well as our drives and needs. Through the last part of this course we learned how our personality characteristics affect behavior because our traits affect the situations we put ourselves in. We finished out with goal motivation, which is all about using the goal as the incentive for a person to achieve that end state, and finally furthered out outlook on how emotions are motives.


My favorite part of the course was probably the chapter on, Addictions and Addictive Behavior.Having a few friends and family memebers who struggle with addiction and having addictive behaviors I really enjoyed getting an in depth look into why they act the way they do. While it all interested me, I was particularly intrigued by the small section on positive addiction. Addictions are usually seen as negative, so I was very surprised to find this because I’ve never heard of an addiction that is positive, like exercise. Exercise addiction, although positive, can have many of the same symptoms and effects as drug addictions. Tolerance can be built up and many experience withdrawal symptoms when they are unable to work out. Strenuous exercise can create what’s called runner's high, which give feelings of euphoria, positive mood, and relaxation. This is because of the endorphins that are released. You are considered addicted when you crave this runner's high, as well as when you organize your life around exercising and push to yourself to extremes although there are consequences. It was funny to read this during this course because I believed it has happened to me. During my time at school I became very health conscious and began going to the gym. However I became so addicted to working out everyday that I began to skip a class or two just so I would have time to make it to the gym. It was like I needed to be there to feel better. 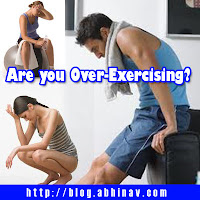 Overall I enjoyed this course. Motivation is a topic which is used everysingle day by people all over the world. What Motivates you?