Tonic immobility is a subconscious response to fear in which the body freezes behavior and enters an unresponsive, unmoving state (Wynkoop, 2017). For animals, tonic immobility can be useful because it tricks the predator into thinking that it is dead and, as a result, the predator looses interest (Ruxton, 2006). Humans enter a state of tonic immobility when the body assesses that resisting the inescapable threat would increase the risk of suffering. While this prevents the person from escaping the dangerous situation, this "freeze response" is a subconscious defense response that the individual has no control over (Wynkoop, 2017) While tonic immobility is still being researched, cumulative clinical evidence shows an association between tonic immobility and the severity of post traumatic stress disorder.

Systematic studies using retrospective reports, objective biological recordings, and biological indicators using posturography and electrocardiography have observed a correlation between peritraumatic tonic immobility and the severity of PTSD (Norte, 2019). Additionally, an increasing amount of studies evaluating the effects on cardiac defense response provide evidence suggesting that some PTSD patients may be evoked to re-experience tonic immobility episodes in daily life (Volchan, 2011). Tonic immobility has been observed in soldiers in battle and sexual assault survivors. A recent study by "Emergency Clinic for Rape Victims in Stockholm" found that the majority of female sexual assault victims did not fight back and experienced tonic immobility. The study also reported that the victims who experienced tonic immobility were three times as likely to be depressed for the months following the assault and twice as likely to suffer PTSD (Russo, 2017). Not only is this research important for the treatment of PTSD patients, but it will also help protect sexual assault victims who experience tonic immobility from being queried by the police and court for not fighting back and from victim blaming. 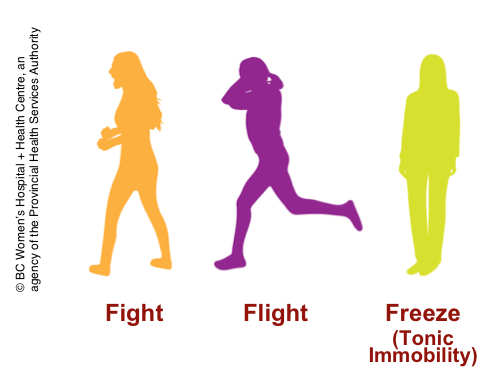