Have you ever thought about a chess master and couldn’t wrap your head around how intelligent they were? Have you ever looked at your favorite athlete or celebrity and idolized how well they perform? Additionally, have you ever looked at a professional musician and thought to yourself, “Wow they must have a gift for that skill”? Well the novel Peak by Anders Ericsson and Robert Pool puts those questions to rest. Peak is told and written by a psychological scientist as well as a science writer. Ericsson devoted his career to studying exemplary performers, athletes, etc. in order to figure out how these individuals managed to become so fantastic at their craft. Through numerous cited studies by other scientists, as well as the input from Ericsson and Pool, we are truly able to see how adaptable the human brain is even in one’s adult years. We know that the physical body is adaptable, but the brain also has a similar degree of adaptability.

A recurring theme throughout this book is that it is very possible to shape your brain. Your brain is not a fixed object that stops being able to change once you reach adulthood or later childhood. Our brain has a great level of plasticity. If you use the methods of practice that are highlighted, you have the ability to do things and accomplish certain goals that you never would’ve thought were possible. People tend to think that they can only reach a certain level of ability in different subjects. However, Peak changes your mindset and allows you to understand that you choose your own ability level. You have the power to improve upon the skills that you want to as long as you use the right method to do so. Three types of practice talked about are naïve practice, purposeful practice, and deliberate practice. Naïve practice is when you do a skill over and over again with no concrete goal in mind in order to learn something and hopefully get better at it. After you reach a certain point, you no longer improve. This is the least effective method of practice. Purposeful practice is when you have a clear concrete goal that you want to achieve. Different elements of it include being really focused, giving your skill your full attention, feedback when you do something right or wrong, and most importantly stepping out of your comfort zone. Deliberate practice is when you are trying to work on a certain activity that you already know how to do, you have specific goals, you are still out of your comfort zone, have feedback from a coach or person that is well trained in that specific skill, and you are constantly evolving and changing the way that you go about your skills to be more efficient and improve.

My favorite part of Peak was in the very beginning section titled “The Power of Purposeful Practice” when the authors mentioned and explained a study that Ericsson conducted on a young man from Carnegie Mellon University named Steve Faloon. Steve had sessions many times a week where he had to memorize strings of numbers. Ericsson would read the numbers out loud to Steve, then Steve had to recite them back. It was so interesting to read about how Steve went through periods of not improving, but still pushed through and found new ways to remember the numbers. In the beginning, Steve was very average and would only be able to recite about seven digits. In your short term memory, seven digits is about how much your brain can store. However, after over 200 sessions of training, Steve was able to recite 82 digits. In order to have this much of an improvement, Steve used purposeful practice. He knew exactly what his goal was, which was to keep increasing the amount of numbers he was able to recite, and he genuinely stayed very focused on the task at hand and was determined to get better. In terms of his comfort zone, Ericsson constantly pushed him to memorize more numbers than he was comfortable with as long as he kept getting the strings correct. The feedback portion of purposeful practice reminds me of reinforcement and punishment which was covered in class PowerPoints. A reinforcer is something that increases the likelihood of a certain behavior. When Steve would have the self satisfaction of memorizing more numbers, or the satisfaction and praise from others by being featured in magazines and on TV, those were consequences that motivated him and increased his behavior to want to try and memorize more numbers and work harder. This could also be classified as positive reinforcement because the types of feedback in the novel were additions of something that increased the likelihood of the behavior.

As a whole, all of the talk about the elements of different types of practicing relates to the class, especially looking at the book Endurance. Because the men in Skackleton’s crew were constantly faced with drawbacks and walls such as not having enough water, having to abandon their ship, camping out in freezing cold temperatures, etc. that made them feel like they couldn’t go any further or that they could never improve what they were doing, they had to reassess and find a new way to deal with it. We see in the experiment with Steve, when he was unable to correctly recite a string of numbers, he had to pinpoint exactly where and why a problem occurred, and change the way that he was grouping the numbers together in order to have a better outcome. Drawbacks are going to happen, but the most important thing to do is not quit.

Peak has the ability to help people understand a large amount of real world problems and struggles that individuals face on a daily basis. In the section titled “Adaptability”, a topic that was spoken about was eyesight. When an individual gets older, most of the time they experience presbyopia which is also known as farsightedness. In addition, there is difficulty with seeing contrast. The book stated that researchers took participants into their lab about three times a week for three months for training sessions. In these training sessions, they were told to locate a small picture in a visual that did not have a lot of contrast. After the training, it was shown that these participants were able to read 60% smaller letters and had a better time with contrast. Some people didn’t have to use their reading glasses as much anymore. Sight is an extremely important sense. Since most people as they age, or younger individuals have some problems with their eyesight, understanding how this practice and training works could help numerous people be able to improve what they thought was gone. Not only could they have the satisfaction of having better eyesight, they could also save a lot of money by not having to purchase glasses or contacts.

Overall, I believe that if you want to improve any skill or aspect in your life, Peak is definitely a novel for you to read. It is full of wonderful, credible information that completely amazed me with every page. It was definitely worth the read and it is truly inspiring how with the right kind of practice, anyone can achieve whatever goal they set out to accomplish.

This video clip from 60 Minutes focuses on an extremely intelligent young man named Jack Andraka who is known as a scientist and prodigy. It is interesting to see that from a very young age, his parents allowed him and his brother to experiment scientifically however they wanted. After reading Peak I am intrigued to know how he practiced the material to get where he is today. 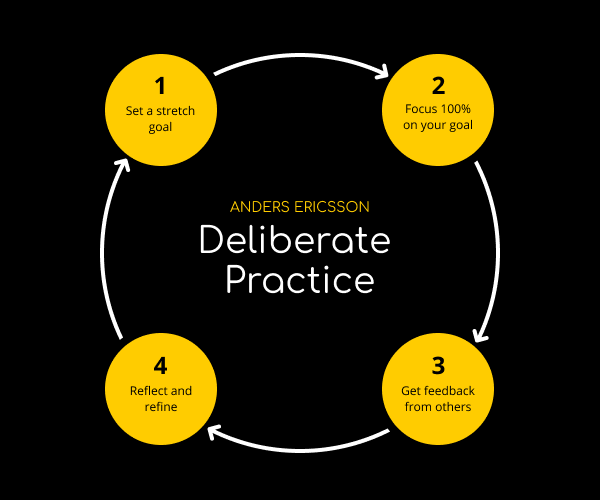