The Power of Habit by Charles Duhigg

The Power of Habit by Charles Duhigg was a great read that explores the science behind habit creation and reformation. This book aims to help you understand why habits are at the core of everything you do, how you may change them, and what impact they will have on your life as a whole. The three takeaways I got from this book were: habits work in three-step loops (cue, routine, reward); you can change your habits by substituting one part of the loop, the routine; and lastly and maybe most importantly, willpower is the most important habit and it can be strengthened over time.

Habits are your brain's way of saving energy, so given you spend so much time doing things you're unaware of, it's important to understand what's happening here. Duhigg discovered that the root of all habits lies in a simple 3-part loop. The cue is what triggers you to do that habit, the routine is the behavior you automatically engage in, and lastly is the reward you get for completing the routine. Your brain's activity only spikes twice during this loop, at the beginning to decide which habit to engage in, and at the end when the link between cue and routine is reinforced. This loop is how habits are built and the stronger the link is, the harder it is to break that certain habit. Duhigg also talks about how to change a habit you must substitute the routine part of the loop. The trick to kicking a habit is to change the routine part and keep everything else intact. For example, if you're trying to lean off caffeine the tweak would be to switch to decaf. The entire process of making the coffee is the same but you will now be drinking decaf instead which would help lean you off of caffeine. 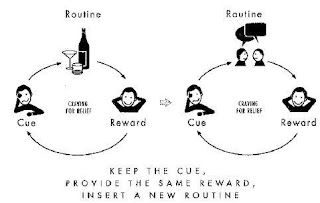 Another lesson Duhigg discussed in this book was the most important habit being willpower. This was my favorite part of the book because I know how hard it can be to have strong willpower. This part of the book was very informative and even served as self-help for me, who struggles to have strong willpower. Duhigg suggests that not all habits are created equal and that willpower is is by far one of the most important ones, as it helps us to do better in all aspects of our lives. He suggests three uncommon ways in which you can grow your willpower capacity over time. He suggests doing something that requires a lot of discipline, plan ahead for worst-case scenarios, and preserve your autonomy. If you focus on improving these important big aspects of your life rather than minor hacks, you'll develop great self-discipline in the long run. 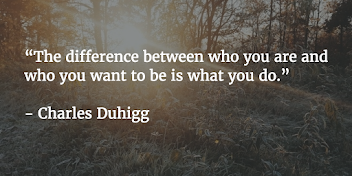 Overall, I thought The Power of Habit was an amazing read because it uses research to explain how habits are formed and changed. Everyone knows someone who was out of shape or a smoker and it appeared as if they were able to suddenly change themselves in a short period of time. You probably wondered how they did that. They formed new habits and changed old ones, that's how. If you do something enough, good or bad, it becomes a habit. 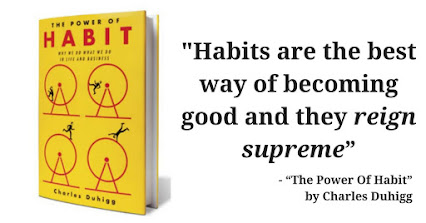