The book written by Tali Sharot called “The Influential Mind” is a very unique read that takes you on a journey through the many ways in which we as human beings can influence others. The author herself is a neuroscientist who has performed an immense amount of studies on the different ways in which people can be influenced. Sharot also references a wide variety of experiments that ultimately helps the audience better understand many of the topics she introduces throughout the book. There were also a few instances when Sharot mentions that people do not change their minds about certain things, such as when a person has serious beliefs (whether it be regarding religion or politics). The overall idea that Sharot wanted to get across to her readers is that there are many ways in which we all are influenced about the decisions we make on a daily basis, whether we recognize it or not! Growing up we have had to make decision after decision that has ultimately shaped the way we are as we grow older. From the people we meet, to the places we decide to live, even the occupation we ultimately choose to pursue. At the end of the day, the way we make decisions has to do with how our brains are wired and Sharot explains how our brains are wired from centuries of information due to evolution. Because of this, there are many things we do that we may not understand because it is a reflex that has been passed on from centuries ago. Overall, this was one of the best books that I have had the pleasure of reading in a while. This is because it allows readers to truly learn about how our minds are wired and specifically, how they can be influenced! 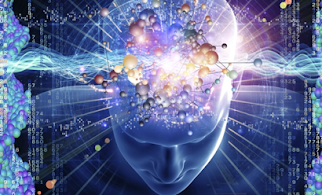