Addiction in Our World

Some of the most addictive substances are things that we can walk into the nearest shop and purchase at the ripe age of 21. According to the American Addictions Center website, two of the top five most addictive substances in the United States is nicotine and alcohol. Both of the two substances are known to be a psychoactive drug, along with caffeine. All three of those addictions are known to be negative, each substance has some sort of negative effect on the person's health.

Nicotine, found in the tobacco of cigarettes, can we categorized as a mood enhancer by their users, typically used for relaxation in stressful situations. This substances has a negative effect on the users heath, mainly on their lungs, lining them up with a thick black tar like substance. Alcohol can have a euphoric effect when taken in smaller doses. When taken in medium to higher doses, alcohol is mostly known to affect the liver, causing liver failure when abused. Another thing alcohol also has a huge affect on is the brain, typically with judgement and reaction pathways. Caffeine is the easiest addictive substance to obtain in america, it is almost found everywhere, from a simple chocolate bar all the way to coffee. The good thing about caffeine is that it wakes most people up, gives them more energy to get through their morning drives to work. Makes the heart pump faster in the body, which overtime can start to cause some issues.

When abusers of these substances finally decide to stop using the substances, they will go through withdrawal symptoms. Typically, these symptoms are the opposite of the what the effects of the drugs were on the person. This uncomfortableness that the withdrawal is creating may start to start cravings, which may push the addict to start using again. 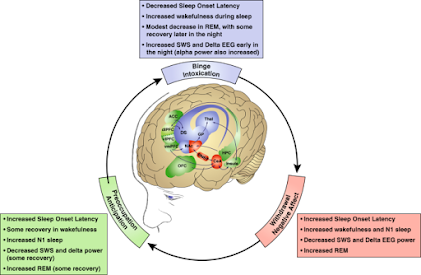