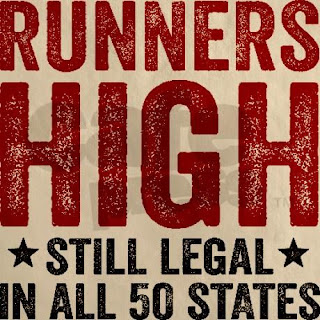 There is only one period in my life that I can say I was an addict. My choice of drug was : exercise. Until this class I never thought that working out would be considered an addictive behavior. I suppose I classified “addiction” as being negative, but after researching further into it, I knew I was a victim.
I played sports from first grade all the way until my senior year in high school. Once I enrolled in college I substituted my lack of teams sports with the gym. Soon after I joined the military where physical performance is a key component in fulfillment of one’s duties. After returning home to an environment where physical fitness isn't forced upon everyone, I felt as if I was going through withdraw. I would wake up and within minutes became very anxious to go on a run. Throughout the day I would randomly hit the floor to do sets of push-ups. I was in great need to feel my heart rate increase, my breathing to become deeper, and to feel the blood rushing to my head. I didn't feel complete if I wasn't dripping in sweat.
After a few years I was a recruit in an law enforcement academy. Again I was in an environment that required a certain level of physical fitness. Even though it was a familiar environment it wasn't until the academy was close to ending that I felt my first runners high. We were told in advance that it was going to be a 6 mile run and we started out in a fast pace from the first step. My shins were aching, I was crouched over because of the cramps in my abdomen, and we did not slow our pace once enough for me to catch my breath. It was by far the hardest run we did up until that point. It wasn't until mile 3 ½ where an instructor yelled out we are halfway to being finished that I realized by posture was straight. My arms and legs were moving effortlessly in sync with one another. My pains have completely vanished and my breathing was calm and controlled. I felt great! It was like I just started a brisk jog and not have been running 3 ½ miles. My mind was focused and I didn't care about anything but running. I didn’t even want to run to finish, I just wanted to run until I couldn't move anymore.


It took me a long time after that to realize I reached what was called a  runner’s high. I can't say that I ever reached that level of euphoria again afterwards, but every time I go for a run I try to chase after it.

Posted by Dyshay Smagacz at 4:02 PM