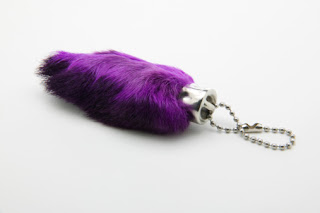 Richard Wiseman's article, "The Luck Factor," was my favorite article so far. How many times do people blame good or bad luck for outcomes in their life? I know I do it all the time. For example, last week I had a horrible weekend. My car that I just finished paying off had to have a seven-hundred dollar repair, I accidentally stabbed myself in the hand with a knife, and I had a problem at work. I instantly blamed my luck. However, none of these things really have to do with luck. My car was preowned and this issue would have happened sooner or later, I was in a rush and was not being careful when I cut myself, and the issue at work was not my fault in any way. Everything that happens usually has an explanation, but it is just so much easier to blame it on bad luck.
If you think about it, luck is all based off of superstitions. People are always looking for ways to improve their luck. This has been going on for centuries. Have you ever known anyone that carried around a "lucky" rabbit's foot? How many times have you knocked on wood? These are nothing but silly superstitions that have been passed down through our many generations. They make us feel better about ourselves, maybe even a little safer. A lot of people believe in these superstitions. My own mother still gets upset if a black cat runs our in front of her car. There have been many tests done to prove that these superstitions really do not have any effect on our luck.
Wiseman talks about a test that a high school student, Mark Levin, conducted. He had to people test their luck in a coin tossing game. Then he persuaded a black cat to cross their path and tested their luck in this game again. Levin even had a different color cat cross their paths to see if it had any effect. This experiment concluded that neither cat had any effect on the participants luck.
Breanne Bryson
Posted by bre_bryson at 10:25 AM