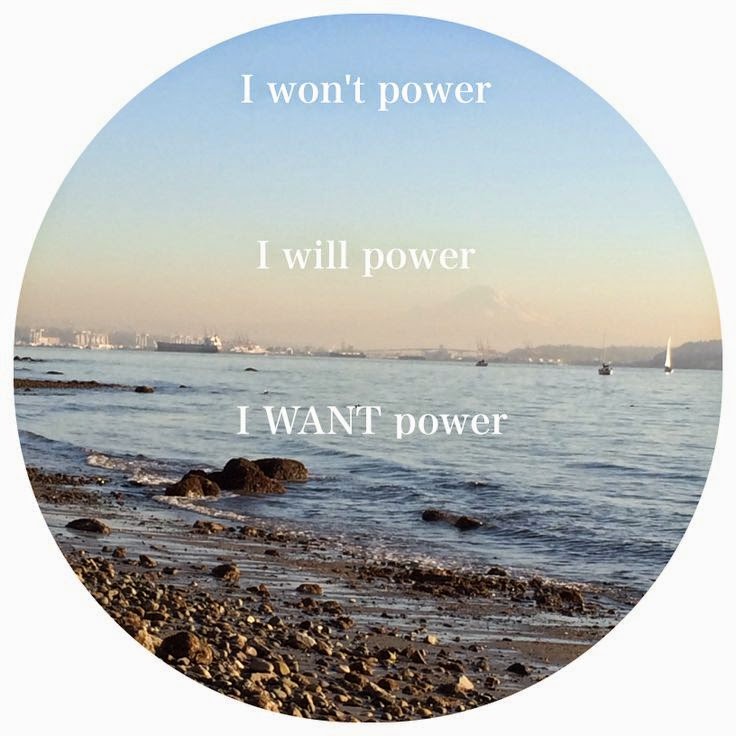 The Willpower Instinct by Kelly McGonigal, a health psychologist, is essentially a how-to guide to gaining more self-control and willpower over the quotidian temptations in today’s world. McGonigal begins her lessons in the field of self-control by challenging the reader to choose his or her own willpower challenge that will be tested and worked on throughout each chapter of the book. In the very beginning, McGonigal distinguishes willpower challenges into three different categories: “I will” power challenges, “I won’t” power challenges, and “I want” power challenges. The first is something that will improve an individual’s lifestyle, but he or she keeps putting this particular goal off for a later time. The second type of challenge is essentially that of breaking a bad habit in order to improve overall quality of life. Finally, the third is a long-term goal that holds significance to the individual trying to achieve it. As explained in the preface, the book is meant to be read over the course of ten weeks in order for the reader to really harness the ability to increase his or her self-control and will power. Throughout each chapter, McGonigal stimulates the reader by asking he or she to think about their own willpower challenge and the various ways that one manipulates their own willpower. For instance, in chapter six, “This week, pay special attention to how you handle any willpower failure. Do you criticize yourself and tell yourself that you’ll never change?” (Page 145).

McGonigal also explains to her readers that willpower is an innate characteristic that has assisted humans in successfully evolving. However, we indulge in things that our ancestors relied on for survival, such as eating an excess of fat or sugar. In theme with the biological aspects of willpower and self-control, McGonigal further explains that both entities are much like the muscles of our bodies. The more that one practices, or “exercises” self control, the stronger his or her sense of self-control and willpower becomes. As some classmates have already commented through the blog, the hardest things for people to deal with are their own issues. It is easiest to completely ignore an issue or simply give up on a goal because life gets in the way. McGonigal forces her readers to come face to face with their own shortcomings. The Willpower Instinct has been so successful in helping so many people because it allows for an immense amount of self-reflection and insight into why individuals have trouble reaching their goals.

I thoroughly enjoyed reading through chapter four of The Willpower Instinct. The title of the chapter itself, “License to Sin: Why Being Good Gives Us Permission to Be Bad” caught my eye immediately. This particular chapter was one that I could relate with immensely, which made it my absolute favorite to read; it seemed as if I was reading about my own behaviors. McGonigal begins the chapter by explaining that through the means of moral licensing, we reward our good behavior that works towards one of our goals with something bad. For instance, after exercising for a period of time, we reward our lost calories by overeating at the next meal or indulging an unhealthy craving. Furthermore, McGonigal explains that moral licensing offers an explanation as to why those individuals that are thought of as “good people” are often guilty of doing “bad things.” If an individual feels that he or she has done so many good acts in his or her lifetime, those good deeds must be able to cover for whatever corrupt or scandalous situation they are involved in. Moral licensing is an incredibly fascinating concept that I had not put much thought into before reading The Willpower Instinct; however, virtually everyone is guilty of such acts.

In the fourth chapter, McGonigal further explains that studies show that many individuals pat themselves on the back for slightly giving into temptation. As she explains, this reasoning is similar to someone feeling good about themselves because they only ate a bowl of ice cream when they could have given in and eaten the entire carton. McGonigal explains, “Following this ridiculous line of logic, we can turn any act of indulgence into something to be proud of. (Feeling guilty about your credit card debt? Hey, at least you haven’t robbed a bank to pay if off!)” (Page 85). Most of this chapter resonates with Premack’s Principle, where an individual is more motivated to engage in an activity that they dread in order to later engage in an activity that they long for. This principle is exemplified through the narrative on page 88. In short, a bride-to-be began exercising in preparation for her upcoming nuptials; after doing well in the gym she went home and overate. It soon became a predictive behavior that she would go to the gym and track the number of calories lost in order to indulge in sweet treats afterward. I too am guilty of such behaviors; whenever I am on the treadmill, I am able to track the amount of calories that I have lost during a given run. I then take this number of lost calories as a license to treat myself to any type of unhealthy food, and more often than not, it’s ice cream.

All the while reading The Willpower Instinct, one aspect of the lecture regarding Impulsivity and Self Control kept coming to mind. Essentially, much of what McGonigal believes about modern humans and their battle with finding more willpower resonates with “the primrose path” theory that was introduced by Howard Rachlin. McGonigal shares similar beliefs regarding self-control as Rachlin; rather than hold off a little longer for a reward, so many individuals today give into the idea of instant gratification. We then essentially beat ourselves up for our bad behavior, but continue to treat ourselves to our innermost desires and bad habits. McGonigal further explains that this vicious cycle, which is fundamentally equal to Rachlin’s primrose path, is why we continually hope to correct our behavior tomorrow and succumb to our bad behaviors today.

The Willpower Instinct is incredibly applicable to a plethora of challenges that individuals face on a daily basis. Not only can the book be used as a guide to relieve stress, but also it can ultimately assist one to reach his or her goal painlessly and successfully. McGonigal only touched on a few goals that the book could successfully be used toward, including losing weight, quitting smoking, or even saving money to get out of debt. It is my firm belief that The Willpower Instinct could be used to assist individuals in overcoming many other challenges such as becoming a better listener, changing the way one handles his or her stress, and overcoming a battle with procrastination or various addictions besides that of smoking. McGonigal has proven that her ideas are successful through introducing them and basically testing them on various students in her lectures. Personally, I have no doubt that The Willpower Instinct can be extended to solve real-world problems. I already feel as if I have much more control over some of my own behaviors after reading the book over the course of a few short weeks. I intend to re-read McGonigal’s book over the recommended period of ten weeks in order to gain the full experience and hopefully further increase the amount of self-control and willpower that I posses.

References:
McGonigal, Kelly. The Willpower Instinct: How Self-control Works, Why It Matters, and What You Can Do to Get More of It. New York: Avery, 2012. Print.

Posted by Emily Johnson at 5:51 PM