Book Report: The Power of Habit by Charles Duhigg

The Power of Habit by Charles Duhigg thoroughly explains the scientific reasoning behind habits. As individuals, we encompass both good and bad habits. Duhigg uses each chapter to emphasize the various aspects of habit that we encounter by using unique true accounts of individual’s lives. From addictions, such as gambling or drinking, to routine behaviors, like depression and laziness, he clearly defines how to intervene and redefine your life. Most interestingly, he specifies how willpower plays a significant role in breaking a habit. The research presented shows that willpower is actually a muscle that grows stronger the more we condition it. By educating the reader on how the brain actually works, he in turn, teaches the reader to understand how to recognize and overcome their own habits.


All habits follow the same cycle: cue, routine, reward. Most habits repeat this cycle around a particular craving. For instance with cigarettes, Duhigg explains that our bodies trigger a craving, then we cue the behavior, perhaps after finishing a meal, engage in the behavior, smoke the cigarette, then take pleasure in the reward, basking in the relaxation that the nicotine has provided. Each habit that is formed follows these precise steps. Through replacing the routine and/or reward, individuals are able to reprogram their brains and develop new habits. Integrating a new habit such as exercise into your life can have a domino effect into other areas of your life. Research indicates that exercise habits have a direct influence on eating, discipline, sleep, and other areas of one’s life. All in all, we are capable of changing any area of our lives if it means enough to us.


My favorite part of the book was the chapter on Starbuck Corp. because of the direct influence they provide in their employees lives. Not only do they offer tuition assistance and free gym memberships, they focus on building upon each individual’s character. For instance, one employee of Starbucks grew up with two drug addicted parents and zero structure. He struggled with his temper, social interactions, self-discipline, getting an education, and many other areas of life. This man slowly began to change as he started going through the training processes at Starbucks. One particular model they use is “LATTE: Listen to the customer, acknowledge their complaint, take action by solving the problem, thank them, and then explain why the problem occurred .” They use this as well as many other models to teach employees how to deal with different situations that may arise so that they are prepared when the time comes. Research proves that if someone has planned for future events, they are more likely to react appropriately if and when the situation should actually occur. Today, that young man makes $44,000/yr. and is the manager of two stores.


Relatively, this employee was able to learn how to control his impulsivity and ultimately gain self-control. Through each of the training courses he was given the tools to implement restraint when a hot tempered customer went off on him. With each situation, he exercised his willpower and it grew strong enough to gain him recognition and provide him with the skill set for managing two stores. We learned this semester that impulsiveness is heightened sensitivity to drug effects and low awareness of negative drug consequences. The young Starbucks employee could be considered impulsive as he dropped out of high school, was unable to maintain a job and considered the use of drugs when he couldn’t control his emotions. Fortunately, he found Starbucks in enough time that I believe it not only saved his life but he also became a productive member of society.


As time continues, technology evolves and our problems progress. Below is a picture of me putting my cell phone in the trunk of my car. This concept is definitely not new by any means; however, through reading this book, I’ve come to realize a few things. I have a problem with texting and driving. Honestly, whether you’re stopped at a red light or cruising down the freeway, the temptation is always there. After reading "The Power of Habit" I can now identify my triggers and can implement a way to change my habit. The cue is hearing a text message sound, my anxiety goes up and I start thinking about whom it could be and if it is an emergency. Then the routine, I read the text and respond. Followed, by the reward of feeling at ease because I know everything is okay. Through putting the phone in the trunk, I eliminate not only the cue, but also the chance of ever being distracted behind the wheel.


This book has the potential to change anyone’s life. The power ultimately lies in the individual. If they are not motivated to make a change then they will fail. However, learning the key elements of what comprises a habit can assist them in taking the first meaningful step. “Each day in the United States, more than 9 people are killed and more than 1,060 people are injured in crashes that are reported to involve a distracted driver .” Now, think of nine people you know and write down their names. Then ask yourself, is the risk worth their life? 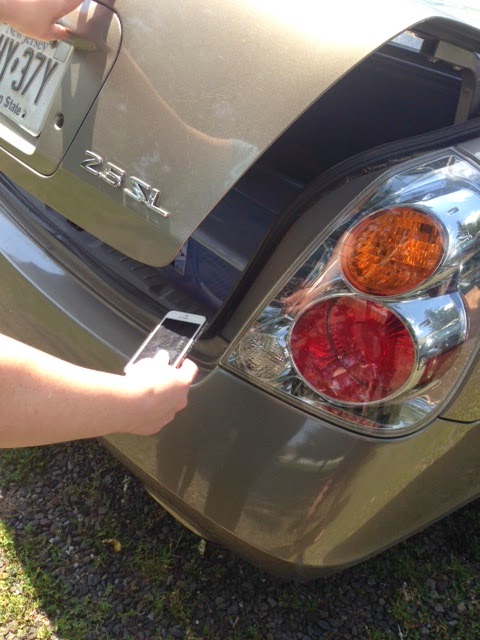