The Power of Habit Book Report

The Power of Habit by Charles Duhigg is a book which seeks to answer the questions: “Why do we do what we do?” and “How can we change what we do?” Habits, at their very basic, are a loop containing a cue, a routine, and a reward. This loop is propelled by a craving for the reward. Once this basic habit loop can be understood, it can be manipulated to achieve desired results such as weight loss, smoking or nail biting cessation, tooth brushing, as well as more complicated behavior patterns.

Duhigg explains the far-reaching effects that habits have on individuals, companies, and societies as a whole through a series of case study-like anecdotes that all essential boil down to different habit loops. Each loop contains the cue, the routine, and the reward, as well as a craving that moves the loop along. These anecdotes serve as relatable examples of how habits reign in our own lives, how companies (like Target) seek to take advantage of them and even change them, and how habits can be an avenue for social change, as they were in the Civil Rights Movement.


Personally, my favorite part of the book was the discussion about whether or not we are in control of our habits. I found that I had a very strong opinion on this. In this chapter of the book, entitled “The Neurology of Free Will: Are We Responsible for Our Habits?” tells the stories of two very different people who fell prey to their habits. The first story is about a woman who begins gambling and develops a habit. She eventually ends up gambling away a large inheritance and is taken to court by her creditors. The second story is of a man who also ends up on trial, but for a much more serious reason. A lifelong sleepwalker, the man strangled his wife while he was asleep, believing her to be a man who had broken in and was trying to hurt his wife. Both had fallen victim to habits—one to a gambling habit, the other to a much more primal habit of survival and protecting loved ones. Both argued in court that they should not be held responsible for their actions because these actions where automatic and not in their control. The gambler was ultimately held legally and financially responsible for her situation. The sleepwalker was not. Duhigg raises the question—why is one excused and the other not? I felt very strongly that the science behind sleep terrors (what the man was in the midst of when he killed his wife) exonerates him. Although the brain activity of acting out a gambling habit is similar to the automaticism of survival habits, there are parts of the brain (those that should be reasoning about how much to gamble) that are not literally asleep. She is working with more than survival instincts at the blackjack table. The process of developing that habit and the obvious triggers of rewards and behaviors could have been controlled and weren’t.

Rewards and reinforcements are major factors in habit development. The reward is a staple of the basic habit loop. Without consistent rewards, a habit will not form, and a formed habit will disappear (albeit temporarily) when a reward disappears. Without the motivation to repeat a certain action over and over, there is no habit.

This book has been very helpful to me personally. It has illuminated a lot of what happens in my apartment. My husband Rob and I always talk about how our brains work differently, and after reading this book I am convinced that it is not the fundamental functioning that is different, but rather the habits that we have formed over the course of our lives. From what I have learned reading this book, I think the most fundamental difference between us is what we find “rewarding,” because this can differ greatly between people. I think the feeling of being organized and having things clean feels amazing. Rob could not care less. I don’t pay the electric bill so it doesn’t matter to me how much it is. Rob pays it and finds lower numbers more bearable and therefore rewarding. Here just a few examples of different habits I have found around my home: 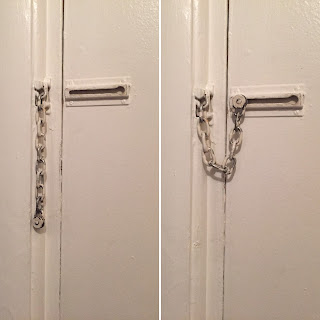 My (lack of) habit, and his habit. His reward is feeling secure. I don't think anyone is going to break in so I have a hard time remembering.
Cue: locking the deadbolt
Routine: nothing/putting the chain on
Reward: nothing/sense of security 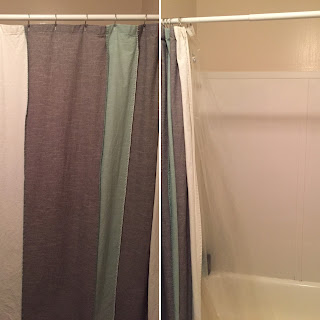 His habit, my lack thereof again. He doesn't want mold to accumulate. I just wash it when it does.
Cue: Finishing a shower
Routine: pull the curtain closed behind you/nothing
Reward: don't have to worry about mold/don't have to do any more "work" 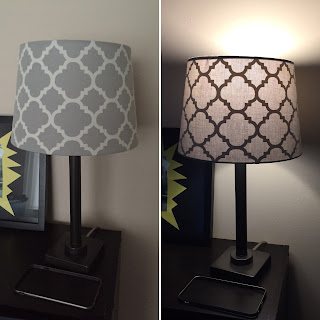 His habit for turning lights off, mine for turning them on. He pays the electric bill.
Cue: walking into/out of a room
Routine: TURN ON ALL THE THINGS!/Turn them off
Reward: Light/lower electric bill 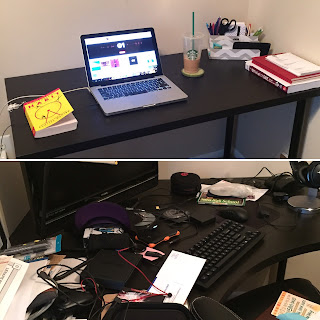 My habit of keeping an organized work space, his habit of using his desk as a place to put things and not a work space.
Cue: sitting at desk trying to work/the desk is there
Routine: clean it before work can begin/put stuff on it
Reward: I can focus/stuff is out of Rachel's way 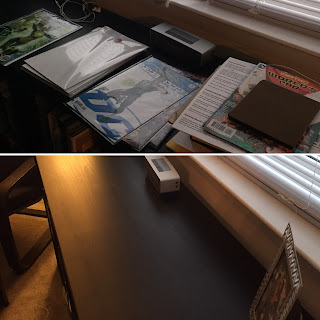 This is an interesting one to me: I have a habit of putting things "in their proper place" like on a shelf, in a box, or filed away. My husband also has a habit, but it is of making multiple neat piles of things side by side. When I go over to his parents' house, I see neat stacks of things all over, so I see that he comes by this honestly.
Cue: Things need to get put somewhere
Routine: Place it in a pile/put it on a shelf
Reward: Things feel organized Our shared habit of never putting our shoes in the closet...
Cue: walk in the front door
Routine: Take shoes off where all the other shoes are
Reward: Foot freedom.

None of these habits are necessarily bad, since habits mostly have to do with what we find rewarding. To use the shower curtain as an example, I don't care about the possible accumulation of mold, but I do find that having the shower curtain always pulled closed is visually appealing (rewarding) to me, so I have started to also get into the habit of closing it.

The ability to notice and understand your habits is a very powerful tool, especially when you are trying to change those habits into "better" behaviors. For me, this awareness has given me greater understanding and more patience for the everyday differences between people's habits. I would highly recommend this book to anyone interested in improving their understanding of how people function and how deliberate change can be accomplished.