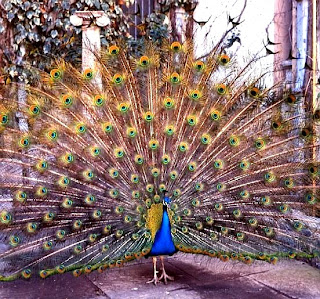 Universal motives are shared human motives due to evolution. These motives have evolved through nature and nurture. Some universal motives could include; hunger, fear, music, social interaction and acceptance, sleep, sex and reproduction, and ect. These universal motives can actually be categorized into different groups. These categories include aesthetics, emotions, control of environments, facial expressions, fears, goal settings, self concept, sexual interactions, and social milieu.

One of the most important universal motives is sexual selection. This is important because in order for our species to continue we need to reproduce, so selecting a mate is very important. We determine a partner based on mate value. Our mate value is based on things like attractiveness, how ambitious we are, financial security, if we're caring and kind,and if we have a sense of humor. Even different species participate in this. Take peacocks for example. Males try to attract females by showing off their massive, beautiful feathers.

In class we talked about how people actually walk differently when they feel they are being evaluated for sex appeal. We try to act more masculine or feminine to be more appealing to those who are watching. We saw evidence of this in the video clip where people were to walk on a treadmill. Those who were told there walk was being evaluated just for an experimente walked normal and those who were told they were being evaluated on their sex appeal were drastically different. They were much more dramatic in their movements. This is all so important to us and all kinds of people and species because it is a universal motive to reproduce and get our genes to continue on into the next generation.