They would have done it anyway 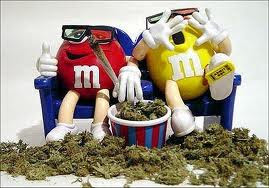 Many people say that weed is a gateway drug but I do not feel as if this statement is true. The people who use other drugs were more likely to use them in the first place. It should be legal to benefit our country. In addition, if it were so horrible it would not be used for medical reasons.

If it was a gateway drug then everyone who has tried it would try harder drugs also but some people have only used weed. That does not make it a gateway drug. The fact is that the people who use other drugs would have used them anyway; they just started with weed because it is the easiest and earliest drug accessible to them. If this were true then a person would have to say that alcohol should be illegal because it is a gateway drug. Most people try alcohol and tobacco as their first drug of choice and that can lead to using other drugs also.

If weed was legal, the hemp plant could be used for food, medicine, building material, paper, jewelry, fabric, water and soil purification, fuel, and much more. This could stop the deforestation and help save the rainforest. This could also help stop the war on oil, which is killing so many of America’s youth. Harry Anslinger got congress to pass the bill to make it illegal because he spoke of the negative racial effects it had. For example ‘it makes black men brave enough to step on a whit mans shadow or look twice at a white women’ or ‘murders kill because they are on marijuana’ so the reasons of it being illegal are just plain stupid. A country can come so far in race discrimination but still have things that were made illegal on racial terms, it is really sad for our country.

Weed is a great drug and can be used to boost this drowning economy. If people would look at the facts about it and stop thinking it’s a form of the devil our country could stop doing things like destroying the earth, killing for oil, and paying all of our taxes to imprison people for the sale of a harmless plant. It could better society altogether, maybe even keep more people docile and have less killings(who knows).