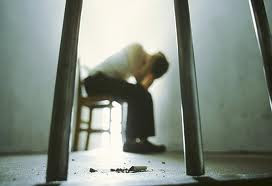 Chapter 7 in our book was very informative because it talked about stress and I’m sure we all experience it every now and then. In general, stress is related to both external and internal factors. I recently did research and came across an article about suicidal inmates in correctional facilities. Ten years ago suicide was the 11th leading cause of death; there were almost 30,000 suicide deaths. This averages that every 17.5 minutes someone committed suicide. People who are under a lot of stress, have low self-esteem, and/or cannot solve their life problems are more likely to indulge in suicidal behavior. In the journal, Using Trained Inmate Observers for Suicide Watch in a Federal Correctional Setting, authors Jeffery Bates, Art Beeler, and Gary Junker (2005) research suicide in correctional settings and if trained inmate observers can help reduce suicide rates inside the facility. Feeling abandoned is sometimes what inmates feel when they have been locked up. In today’s economy a lot of people’s finances are unstable and having a family member or significant other in a correctional facility is an extra cost. The inconvenience of having to support an inmate can sometimes cause the family to turn their backs on the inmate. Studies have shown that inmates who do not have outside support are at greater risk for committing suicide. Without a loved one to call, write letters to, or even have visits from, the inmate now has to look for other forms of activities. Research shows that inmates who do not engage in recreational activities are at risk for having suicidal behaviors. Individuals who are incarcerated are more likely to suffer from a mental illness, which can also increase the risk for suicide (p. 20).
The journal study consisted of eighty-two suicide watches of thirty-seven individuals. Observing was done over two consecutive twelve week intervals. The sample included eighteen African Americans, ten Caucasians, and nine Hispanics. 51% of the participants were diagnosed with some form of psychosis, and 24% were diagnosed to have personality disorders. The study was done at a Federal Bureau of Prisons medical Referral Center; these centers are helped for federal inmates because they provide physical and mental health care. As inmates are on suicidal watch, they are continuously monitored by TV and direct observation; they also are checked on every fifteen minutes by a nurse and a correctional officer. These suicide watches often lead to staff members having numerous hours of overtime pay. In order to participate in IOP, an inmate is assessed by correctional officers and a mental health staff member. After an in-depth background check, all possible candidates undergo a four hour initial training session. IOP was used to evaluate if suicidal inmates who were being observed behaved differently under the supervision of trained inmates. The first part of the observation was done by staff and the second part was completed by the trained inmates. The results showed that inmates who are observed directly tend to have more suicidal behavior. It is implied that there are fewer opportunities for staff manipulation if suicidal inmates are directly observed by peers. The IOP allows for contact between the suicidal inmate and observer. Such contact between peers has been suggested as a helpful strategy in reducing self-injurious behavior among inmates. Trained inmates who observed inmates with a psychotic disorder were on suicide watch significantly longer than inmates who were not. Results show that those inmates who were presumably suicidal weren’t suicidal, but were actually delusional. Being observed by a trained inmate made them less stressed and it was easier for them to cope with the prison environment. 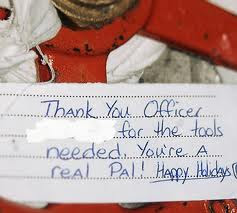