Post 1- The Resilience of Sir Ernest Shackleton and His Crew

The book Endurance by Alfred Lansing was an incredible story to read about. While reading the book the thing that stood out to me the most was the unbreakable resilience of Shackleton and his crew. The men were constantly being faced with severe weather, starvation, health concerns, and the loss of hope. Many of the men were constantly suffering from frostbite and even one of the crew members named Blackborrow had to have his foot amputated. It was truly humbling to read their story and know that they all made it out alive despite all the challenges that they faced.

Overall, I believe that the most impressive journey that was made by Shackleton and a part of his crew was the voyage from Elephant Island to South Georgia, the whaling station in an attempt to rescue his crew left on Elephant Island. This voyage was around eight hundred miles long and they had to travel through the Drake passage which was extremely dangerous and known for its treacherous waters. The men during this voyage endured horrible conditions, they had to share a limited amount of sleeping bags that were rotting from being constantly sprayed with seawater and the only way to get to these sleeping bags was for the men to crawl on the rock-covered floor of the boat. There was no such thing as anything or anyone being dry. When the men finally reached land, they found themselves on the opposite side of the island. Shackleton then had to make the journey by foot across the island to the whaling station to finally receive help. During this trip, they hiked to exhaustion in freezing temperatures with the bare minimum of supplies for them to make it through. When they finally reached the whaling station, Shackleton still had to fight to be able to reach his men and thankfully he was eventually able to. Overall, the conditions and hardship these men faced were horrible and the resilience they faced during this expedition was truly incredible and inspiring. 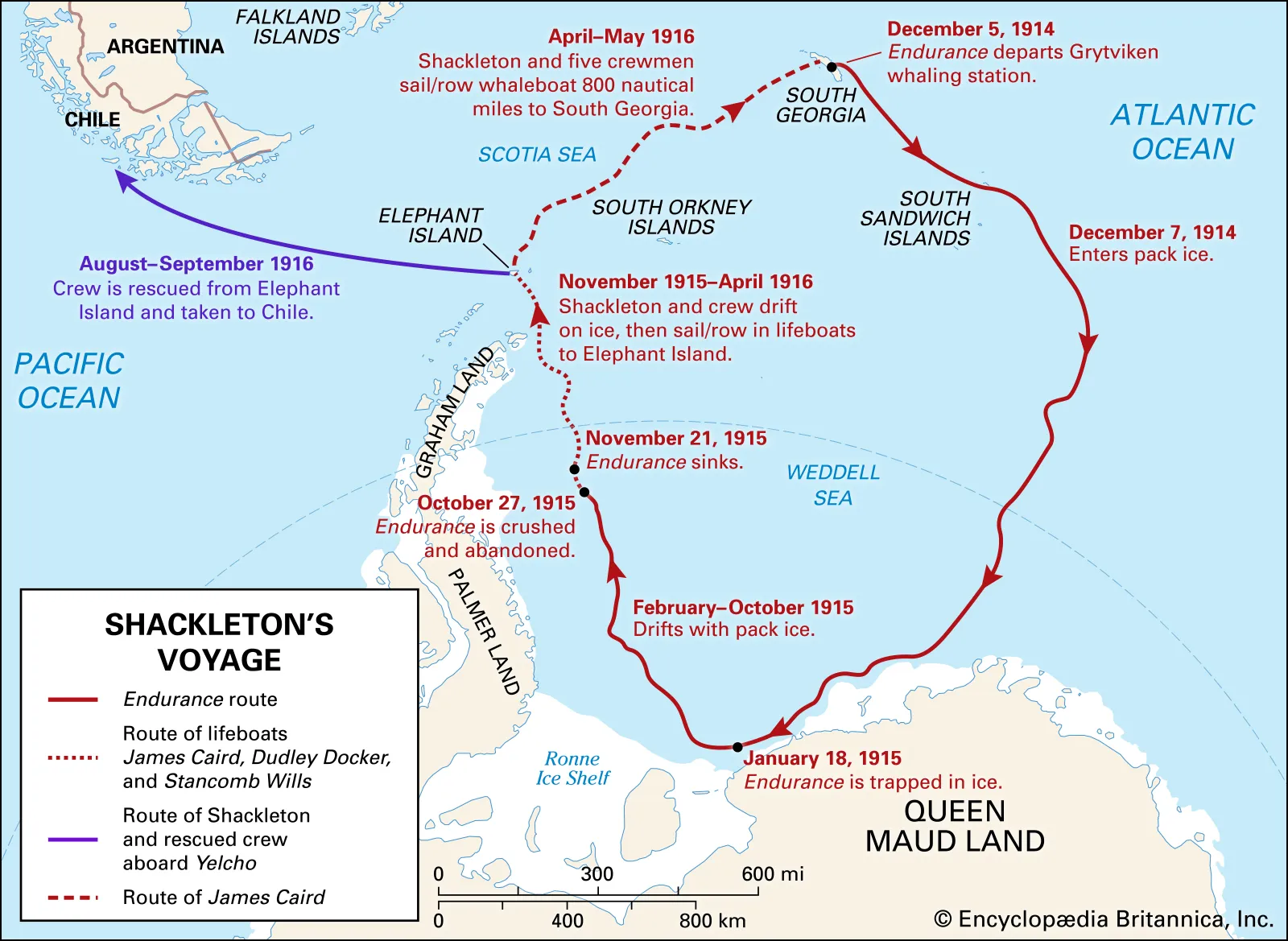 Posted by Briana Harmon at 6:44 PM