Fear conditioning is a form of classical conditioning. It is the mechanism we learn to fear people, objects, places, and events that are aversive such as an electric shock. In evolution, this form of associative fear learning plays a critical role in our survival from future threats. An example of this type of conditioning is the Little Albert study. Little Albert, an eleven-month-old infant baby used in John Watson and Rayner's 1920 study. Like many babies, Albert naturally feared deafening noises but had no aversion to white rats. Watson and Rayner presented him with a white rat, and when he touched it, they struck a hammer against a steel bar just behind his head. After seven repetitions of seeing the rat and hearing the frightening noise, Albert burst into tears at the mere sight of the rat. In conclusion, Albert showed some generalization of his learned fear response; he would cry at the sight of objects that resembled the white rat, such as a white coat or a white dog.

For mediating fear learning, a brain area must satisfy two basic requirements. First, it must get input from the sensory systems that are processing the potentially dangerous stimuli, such as the visual system for a light or the tactile system for a shock. Second, it must project to the brain regions known to control fear responses. Using these criteria, researchers identified the amygdala as a critical region for fear conditioning. The amygdala is a small, almond-shaped cluster of nuclei set deep in the temporal lobe that seems ideally positioned as the locus of fear learning. It receives input through its lateral nucleus from cortical areas and the thalamus, a critical sensory relay station within the brain. It sends output via its central nucleus to various brain regions that mediate fear responses, such as the hypothalamus. 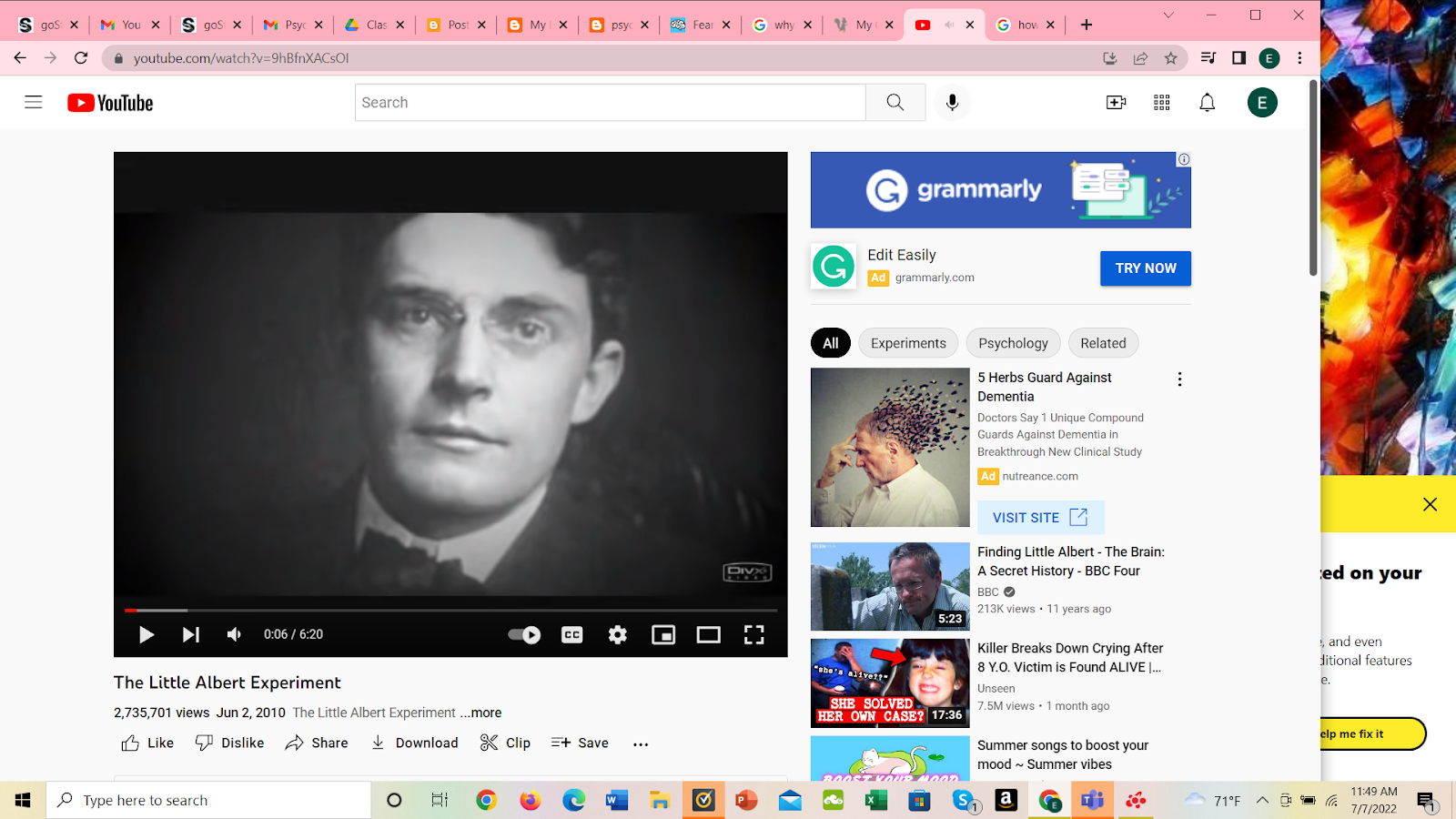 Please put this in your YouTube search engine : https://youtu.be/9hBfnXACsOI