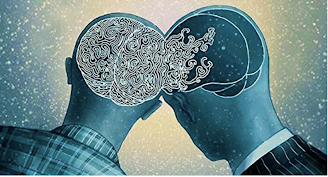 In Against Empathy, Paul Bloom explains why empathy might not be as great as the majority of people think it is. He says that empathy is bias and makes cases for why it should not be used as a moral compass. Bloom explains how empathy may not only have negative consequences for you, but also for the person you’re empathizing with. He illustrates his points with examples ranging from politics and human rights to parenting and medical care.

I have two favorite parts of the book. The first part is when Paul Bloom talks how Buddhist philosophy supports his theory. Mindfulness mediation has shown to increase kindness while hindering empathy. Also, Buddhist texts make the assertion that “sentimental compassion”, or empathy, should be avoided because it “exhausts the bodhisattva,” while compassion can last indefinitely. I really liked this part of the book because I have always found Buddhist philosophy to be very important. I think it’s fascinating that recently I have started seeing a lot of science support Buddhist ideas which date back to before common era. 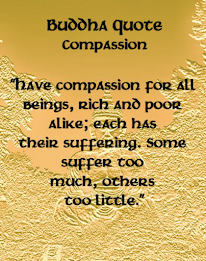 Bloom piggybacks off Buddhist ideas when saying, “we can transcend simulation when appreciating the minds of others.” This phrase really stood out to me. It reminded me of my experience becoming yoga certified. During the retreat we only had one rule. It was “leave room for other people’s greatness.” That one rule really creates a great atmosphere not only within a group, but also within one’s own mind. I lived how transformative that mindset can be, and I honestly don’t think he even realizes how substantial that phrase is.

Though empathy is not good for moral decisions, it has an extensive entanglement with motivation. What empathy does is “allow our selfish motivations to extend to others.” Empathy motivates action to make other’s suffering go away because people treat it as their own. When we use empathy, we believe we are doing the moral thing, and moral beliefs are strong motivators for action The book explains that in many cases, empathy can motivate someone to do good that was not already going to do good, but it is not the only motivation for good actions.

Recently, I read an article called “Why I Hope to Die at 75” by Ezekiel J Emanuel. (https://www.theatlantic.com/magazine/archive/2014/10/why-i-hope-to-die-at-75/379329/) Emanuel definitely employs Bloom’s idea of using kindness and compassion, as well as cost/ benefit rational reasoning in order to have come to the decision of wanting to stop all medical care except palliative care after the age of 75. One of the explanations for this decision is that he believes health care should be focusing on saving more young people rather than extending old age. Though his family and friends really hate his decision, he expects to have lived a full life by then. Rather than spending thousands and thousands of dollars on medical care as an older adult, he believes that money should be directed to save the lives of people who have not lived a full life. This is not an empathic decision, but it might be the morally right decision. As Bloom explains, it’s almost impossible to be empathic towards a large group of people, especially if they are not very similar to you.

This video is Paul Bloom’s sneak peak of the book. It really gives you a feel for the book and voice throughout the book.

Posted by Lauren Picone at 8:11 PM