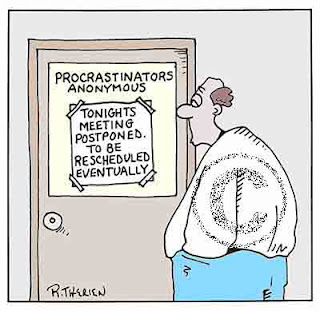 It's obvious that the best way to get something done is to begin. Unfortunately, beginning a task seems to be the hardest part for billions of people around the world. Procastination, in psychological terms, is defined as the act of replacing high-priority options with tasks of low-priority, which results in putting off more important tasks for a later time. Psychologists usually cite this type of behavior as a mechanism for coping with stress or anxiety that comes with starting or completeing certain tasks.

So what do we do to beat procrastination? Well, the solution is quite simple and can be understood by the phenomena called the Zeigarnik Effect. It was named after a Russian psychologist, Bluma Zeigarnik. She did an experiment asking participants to perform about twenty simple tasks in a laboratory, such as solving puzzles and stringing beads together. The participants were purposely interrupted while doing some of these tasks. Afterwards, Zeigarnik asked the participants which activities they remembered doing clearly. It was found th 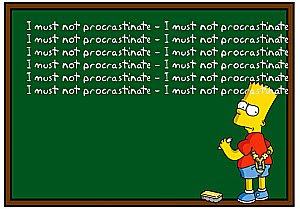 at people were twice as likely to remember the tasks during which they had been interrupted while completeing than those they compelted without any interruptions.

About sixty years later, Kenneth McGraw and his collegeagues carried out another experiment in relation to the Zeigarnik Effect. Participants were asked to solve a tricky puzzle, however, midway through solving it they were interrupted and were told that the study was over. Despite this information, 90% of the participants continued to finish the puzzle anyway. Sound familiar? Reading about this kind of reminded me of the time a friend convinced me to watch one episode of "Vampire Diaries". At first, I had to force myself to sit down and watch it, however, due to the action-packed cliffhanger at the end of every episode, I couldn't help but rush to the television every Thursday night at 8 PM to watch the next. The TV business uses cliffhangers and the famous "to be continued" line to keep viewers tuned into shows week after week by making them desperate to find out 'what happens next'.

So what do all of the above have in common? When people actually start a task, they are more inclined to finish it, even if they get distracted or interrupted along the way. So what the Zeigarnik Effect teaches is that the key to beating procrastination is actually starting the task somewhere. Once you complete even one little peice of it, your mind will not be at ease until you finish it.


There is, however, only one exception to the Ziegarnik Effect and that is that it won't work too well unless you are actually MOTIVATED to complete the task or achieve your goal. The following site gives a list of top 10 motivation boosters and procrastination killers for all of my fellow procrastinators out there ;) : http://lifehacker.com/5533897/top-10-motivation-boosters-and-procrastination-killers


8. Set a timer and crank until it beeps


5. Don't check your email for the first hour of work


1. Understand & overcome your fear of failure!