Initiation Into Drug Use 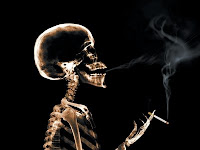 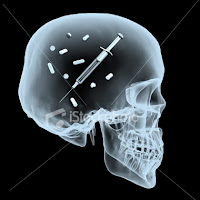 There are several contributing factors that can lead up to an addiction. They are genetic, personality, and environmental influences.
According to the "genetics of addiction" some may be more susceptible to an addiction than others by genetically passing on structures of the brain that have been affected by that particular drug or alcohol.
On page 82 of "Motivation" it states there is evidence that a dependence of a substance is heritable and it later states, "However, genes do not imply that a person is destined to become addicted to psychoactive drugs"(pg 82) and I am assuming they mean any substance as well such as alcohol, food, nicotine. I agree the the quote I have typed because my brother and I grew up in a home of smokers. My mother and father smoked like it was their last day to live! My mother even smoked during both of her pregnancies. Also, many people in my family are alcoholics. My brother and I never even like going near a pack of cigarettes and always thought it was gross. Today he and I never even tried to smoke and we are not alcoholics.
But as we know, even though my parents most likely had those genes that have been developed by an influence of the brain structures, especially because both sets of grandparents smoked, not every child will inherit those specific genes, such as Huntington's disease(50% chance of getting it) and Tay-Sachs(25% chance of getting in it).
Personality traits may be a contributing factor for an addiction. Sensation seeking is when a person seeks out a novel experience. This act of seeking does not necessarily have to relate to drugs. It could be wanting to climb a mountain, try a new roller coaster, or sky dive, but neuroscience is discovering that a sensation seeker may be more vulnerable to drugs and/or alcohol or just an addiction of any substance. For move information on evidence on sensation seekers: https://www.dana.org/media/detail.aspx?id=23620
A characteristic of sensation seekers is called disinhibition. This characteristic is "associated with the use of alcohol and nicotine"(pg83). This term could be associated with "mania" and "impulsiveness". If one possess one(or all) of these characteristics they most likely will not think twice about something. Disinhibition can also occur from a brain injury in the frontal lobe.
There can also be many environmental factors that can contribute to an addiction such as school, peers, community, and in my opinion one biggest influence could be family life. Peer pressure or the pressure from a troubled family life can be a determining factor but the question is which influence will be the determining factor of what makes experimentation of the preferred substance an addiction
Publish Post
Posted by chriseallen at 1:48 PM