Food portions in America have doubled, even tripled, over the past years. American fast-food and sit-down restaurants have contributed to the ever growing obesity epidemic. This is due to the ridiculous portion sizes America serves to its consumers. A regular fast-food burger in the past was only 4.5 ounces. Fast forward to today, that same burger is now 8 ounces. Also, a regular coke was once 6 ounces, and has now grown to 21 ounces. Children growing up with these supersize portions become more susceptible to early onset diabetes, high blood pressure, and obesity. The more food a person is given, the more food a person will eat. This concept is clearly shown by comparing America's portion sizes with those from around the world. For example, the portion size in France was 25% smaller than in America. This has lead to only 7% of French people being obese as compared to 30% of Americans. 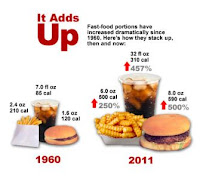 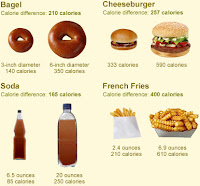 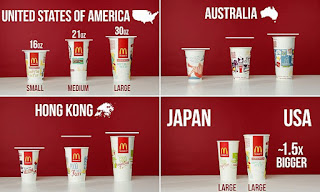