The biggest weakness I have is eating out. I have no self-control when it comes to saying no to eating Chipotle. I realized this could be because humans prefer foods higher in fat. I went to Chipotle’s website and used the nutrition calculator. I figured out that my burrito bowl had roughly 42.5 grams of fat. On Healthy Eating, I learned, “Adults should get 20 to 35 percent of their total daily calories from fat. For those who eat the standard 2,000 calories a day, this ranges from 44 to 77 grams of fat” (Casselbury 2018). I am a smaller female, so I probably shouldn’t even reach that amount. I have never had a bad experience at Chipotle which makes that particular food much more enjoyable. Food neophobia is the tendency to avoid novel foods and prefer familiar foods. Everything that I get at chipotle I have been fed since I was younger. I believe I learned to like Chipotle so much because my family has always had a preference for foods similar to what Chipotle makes. It became a conditioned food preference for me. I ate it so much that my liking for it increased. 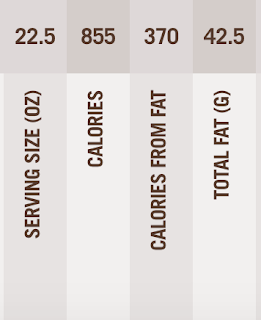 Posted by Gabriella Franchino at 4:53 PM