The Power of Habit - Charles Duhigg

Book Report - The Power of Habit

General Overview:
This book was a very interesting read and very beneficial as well. “The Power of Habit” talks about how people form their own unique habits. Such habits are intertwined with factors such as cues. A habit is a behavior or activity that has been involuntary applied by an individual. In other words, when people form their habits, they are usually not aware or such activities. Furthermore, this book also talks about how habits work, how are new habits created, which habits are more important than others, etc.

In addition, the book also presents different real-life scenarios and experiences that people in real life do encounter, especially when trying to break out of a bad habit. Habits such as quitting smoking, not going to the gym as much as they really should be, binge-eating etc. In addition, this book also talks about how bad habits can be substituted by better ones and how such habits can have very positive, long-term effects.

Favorite part:
My favorite part is the scientific explanation behind how habits are actually produced. According to experts, the emergence of habits is due to several factors: habit loops, cues, routines, and then eventually the rewards. This discussion was my favorite part because it intricately explains how the formation of habits is a system. In other words, habits don’t just occur on their own. Habits need stimulation in order for them to emerge. In relation to a topic in class about rewards, rewards motivate people and depending what the reward is, they can then decide if they would like to continue the same activity/ behavior or not. This was my favorite part all due to the fact that it was scientifically explained and how the brain implicates this mechanism. 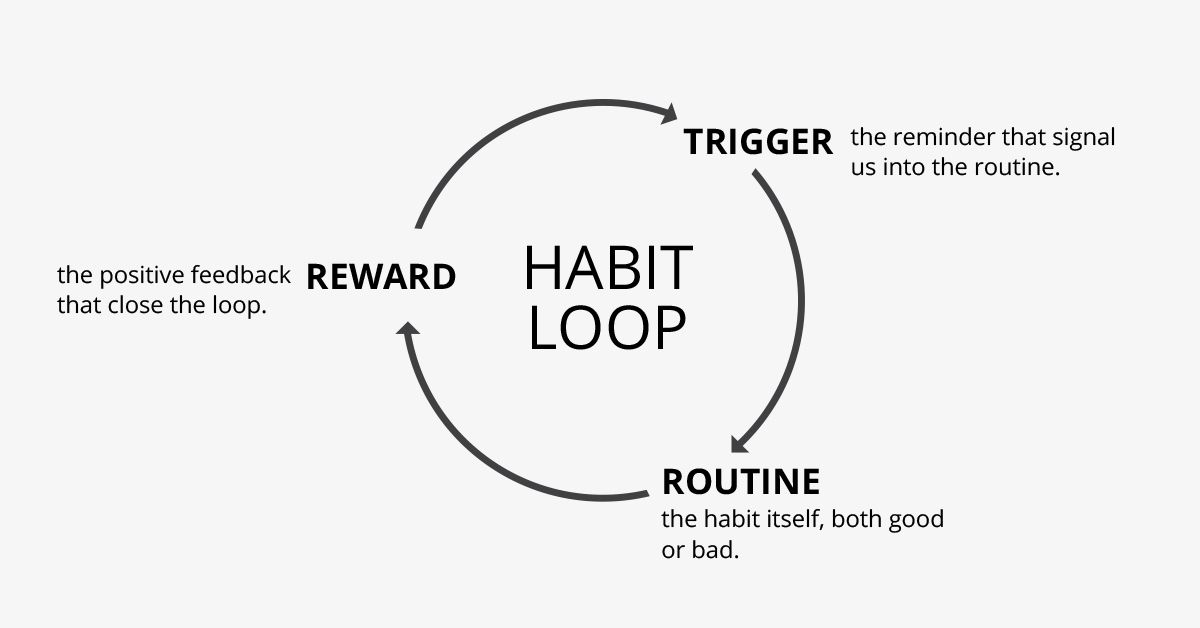 Relation:
Within the "Reinforcers" class slides, it is stressed how important rewards are. Peoples' behavior are motivated by rewards. Rewards inspire people to continue old habits or not. In other words, is it really worth keeping the same habit if there is not a reward at the end. For example, will a 10-year old willingly make it a habit to clean the house every single day if he is not being rewarded for it? To simply put it, other than cues, habits are also stimulated by rewards. Depending on the reward, an individual can then decide if he or she would like to keep and continue the same habits.

Extension:
As mentioned previously, I found this book extremely beneficial. It made me realize that there are many factors that contribute to the formation of habits. In addition, there is a thin line between bad habits and good habits. With this being said, it’s never too late to break out of old habits, especially if they are bad ones. Overall, this book served as an instructional guide. In other words, it further explains in detail what are habits as a whole and which habits are more significant than others. Personally speaking, I, myself definitely do have a few bad habits than I need to dispose of. This applies to most of us in the real world. It is all a matter or recognition as to which habits are toxic and which aren’t.

Here is a link that further explains how Habits Loop works and how to create habits that stick:
https://www.youtube.com/watch?v=v9rjMXvVQkw