Love is an Addiction

Love, We've all heard of it, many of us have been or is still in love. Some people claim to have loved several times, some claim to have loved just once. There are those who have been hurt many times by the people that claim to love them back but are still willing to take another chance and go back for more. Then there are those who have been hurt so bad from someone they loved so deeply that they just never seem to love again. Finally, there are those who become so obsessed with the one they are with that once they lose them, they lose their mind as well. Why do some people have trouble letting go? What drives them to act a certain way they do after a break-up?

Researches have found that the way our brains respond to rejection from love, actually has an evolutionary basis. Helen E. Fisher, a biological anthropologist at Rutgers University who studies love said, “The brain circuitry for romantic love evolved millions of years ago, to enable our ancestors to focus their mating energy on just one person at a time and start that mating process. And when you've been rejected in love, you have lost life's greatest prize, which is a mating partner. This brain system becomes activated probably to help you try to win this person back so you focus on them and crave them and try to get them back.” 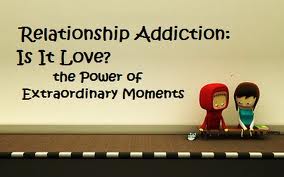 The experiment consisted of 15 college students who had recently gone through a break-up. All 15 participants had to take the Passionate Love Scale test which psychologists use to measure the intensity of romantic feelings. Each of the subjects had to look at a photograph of their ex and were asked to think about events they had gone through with their ex's. Then each subject was asked to look at a neutral image of a familiar person, anyone in their lives they know. This part allowed for the subject to erase the feelings they had when looking at the picture of their former love.
This is what the experiment found: Viewing their former loved one stimulated a region of the brain called the ventral tegmental area, involved in motivation and reward. Previous work has found this region is also active in people who are madly in love. This makes sense, because “Whether you're happily in love or whether you're unhappily in love, you're still in love" (Fisher).
Brain regions known as the nucleus accumbens and orbitofrontal/prefrontal cortex were also activated. These regions are known to be associated with intense cocaine addiction and cigarette addiction. There was also increased activity in the brain's insular cortex and the anterior cingulated, regions associated with physical pain and distress. 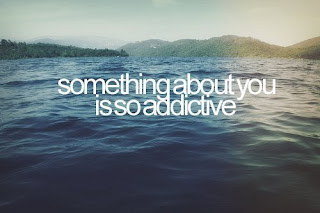 Unlike other addictions that need different sorts of medication, hospital visits, or a months stay at rehab to cure, only time can cure a broken heart. “The more time that had passed since the breakup, the less activity there was in a brain region associated with attachment,” Fisher stated. Love can either be one of the greatest, most special, most amazing experience people go through, other's not so much, but once we've encountered that complicated yet oh so wonderful feeling called love, there is no doubt that most of us will want to stay in love or find another one to love.

Here is a video where Helen Fisher talks about love being an addiction:
Posted by Char A at 8:03 AM