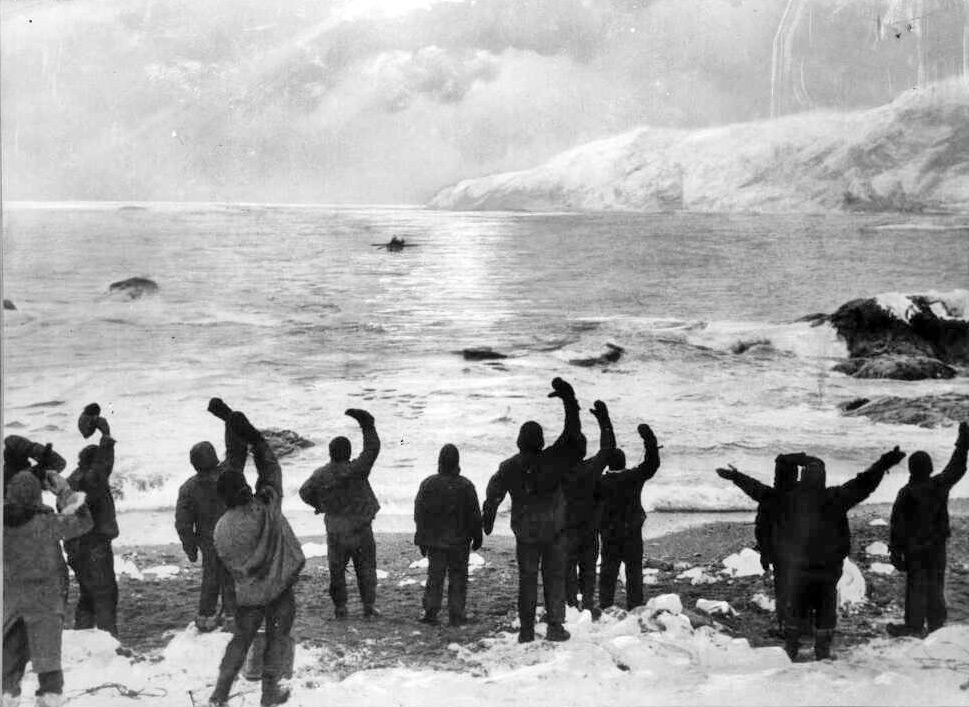 The decision to leave 22 men whose lives and health Shackleton almost maniacally cared for and preserved for over a year, must have been gut and heart-wrenching. At the same time, it was the one and only choice he could have made — no way he was sending someone else to sail on a tiny boat through the Drake Passage — one of the most dangerous bodies of water on Earth. At the end of the day, it was his responsibility to get help for the men that enlisted for his expedition. Who knows, maybe the fact that it was him that left on the Caird was the one factor that allowed people stuck on the Elephant Island to believe that they will be fine — after all, the Boss simply cannot fail.

In addition to that, Shackleton did not leave them without a plan in place. He designated Wild to take charge and created a contingency plan for the next crew to sail to Deception Island in case of his and his companions' failure. This allowed men to keep hope and not give up when no rescue ships were to be seen from the elevated spots of the Elephant Island. The fate of his crew must have been on Shackleton's mind constantly, providing extra drive for this almost suicide mission. His sense of responsibility was like a never-ending source of energy, supplying that extra push even in the hardest, coldest and darkest moments of the trip towards South Georgia, eventually allowing them to reach the whaling station — a feat that seems extremely improbable. Just reading the description of Shackleton introducing himself to Sorlle created an exceptionally emotional response in me, and I cannot even imagine what the 22 inhabitants of the Patience Camp must have felt when they saw the stocky figure of the Boss coming for them onboard the Yelcho. He never gave up, and used all the resources available, even if it meant literally harassing foreign governments for help. Well done, Sir — now rest in peace with fair winds and following seas.

Posted by Jakub Suchojad at 9:41 AM