With the rise of social media and cell phones, a phenomenon called "revenge sleep procrastination" is occurring due to the instant gratification of screen time. In 2014, the behavioral scientist Dr. Floor Kroese described bedtime procrastination as choosing to go to bed later than intended without a valid reason (Cohut, 2021). A study done in 2020 found that adults were choosing to watch videos, text, or scroll on social media instead of sleeping. One of the driving forces behind revenge sleep procrastination is having to resist one's desires to do enjoyable things during the day due to work or school and, as a result, engaging in those activities at night. Choosing the instant gratification of screen time over sleep prevents an individual from obtaining quality sleep which can negatively impact mood regulation, cardiovascular health, inflammation, productivity, and mental health (Cohut, 2021). 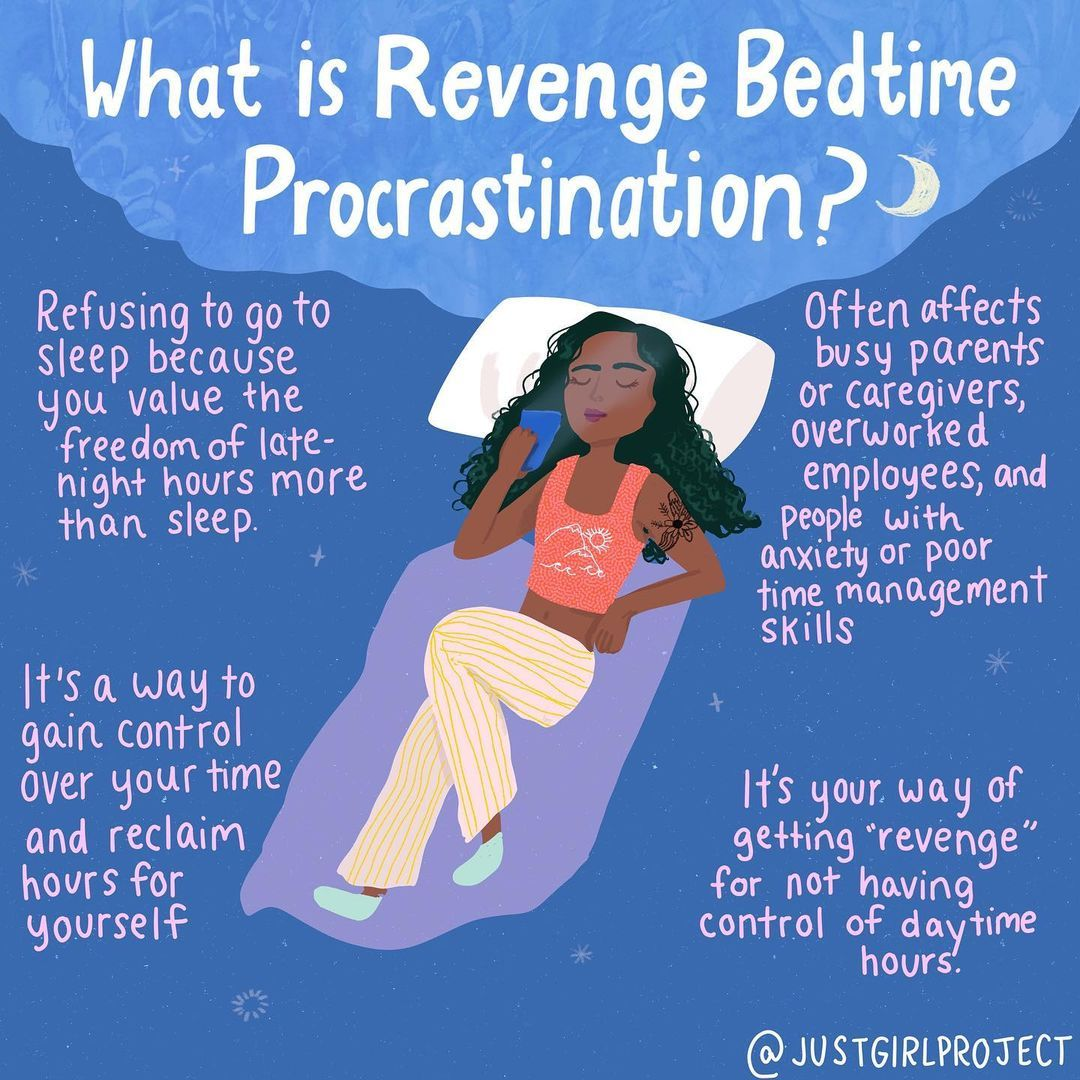