The Influential Mind by Tali Sharot was one of my favorite books. I am not used to reading books likes this, but with every chapter I was hooked from the view that she explained things and an inside look of what really goes on inside everyones heads and how to influence how others. Over the course of the book Sharot explains different ways to view the mind from different points of view and how to understand the mind of others. 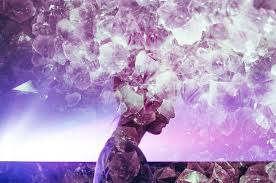 One of my favorite chapters of the book was chapter 7, which was titled Why do Babies Love iPhones? from the very title I was intrigued about what this chapter would be about. I soon found that when she spoke about her child grabbing at her phone was a matter of learning from others. I found this section very powerful, that we learn most from the people we surround ourselves with and these are what influences us most. Although we are all striving to be "different" we are all in fact pretty similar. As much as no one likes to admit it we watch around us how others act and we conform to others and learn from them as they do yourself.


Another favorite chapter of mine was, chapter 2, How we were Persuaded to reach for the Moon. When Sharot described a group of people in theater that are watching a movie have channeled their emotions all similar in a way that they will react the same. When watching a movie your emotions are so connected with what is going on in the movie, the same psychological state is also the same with everyone who is watching. This is the reason for how most people will interpret the story line in the same way. The way your emotions line up your brain by centering your attention on the same thing that others will interpret similarly, this allows for many people to view the world the same way. This was interesting to think about.

Although I found every chapter of this book intriguing the one that I found most interesting was chapter 4, How do you Obtain Power by Letting Go. During this chapter Sharot speaks about the way humans fear not being in control and what this does to a person. When stepping outside of your comfort zone your brain reacts in a way of fear. As she stated in the chapter about how you step on a plane your path is in the hands of the pilots and crew members. This really put into perspective what being out of control would be like. I understand the fear of giving control of your life to someone else, you are actually surrounded by situations like this even just getting in the car of someone else who is driving. Being in control give people the power over their own lives and this is what makes people the happiest, when they are in control of situations.

All in all, this book was one of the most interesting books I have ever picked up. I was drawn in from the very first chapter and found myself wanting to keep learning more the more I read. I would absolutely recommend this book to others, I have even already told my friends to try it out. I learned so much from this book and really think about things differently and go about situations in a different manner.