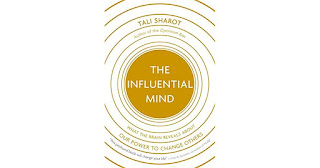 Tali Sharot, professor of cognitive neuroscience at the department of experimental psychology at University College London, is the author of the book The Influential Mind: What the Brain Reveals about Our Power to Change Others. I found this to be a very informative text which revealed tons of new information about the way our brains work. Tali Sharot uses her academic research findings as well as real life everyday examples to effectively communicate the workings of our brain. For individuals who consider themselves with a curious mind, this book should be a staple in your bookshelf as it can be full of profound realizations, some of which may have already dawned on you prior.

Chapter 1 is essential in understanding the entire book as it introduces the term “priors”. The title of chapter one is Does Evidence Change Beliefs? (Priors).  The term prior refers to the views or beliefs an individual already holds in his or her own brain. Tali continues to explain how priors have an influence on the way a person views data that is presented to them. The assumption she makes is that data presented will have a positive, or perspective changing effect on an individual and force them to consider that they might be wrong in their own assumptions or beliefs about the world. But surprisingly, the opposite is true. It seems that the priors will have the effect of dismissing the data or evidence as not true if it does not align with the prior belief. One other peculiar instance Tali mentions is that based on her research, generally the more intelligent a person is the more likely they will double down on their priors. Tail’s assumption, and my own assumption, would be that the more intelligent a person is, the more accepting of facts and evidence that person would be in analyzing the challenging data. The conclusion of this chapter seems to be that evidence is much more persuading when it is already in-line with an individuals own worldview.

Chapter 3 is titled Should you Scare People into Action? (Incentives). Now, before I had read this book, I was of the opinion that scaring or shaming people into change is wrong and generally will not work. However, I did not know the reason why if someone pressed me to explain. Luckily Tali Sharot was able to concretely explain and show why scaring into action will not produce the desired effect. She mentions New York state researchers who are tasked with studying the rates of hand sanitization and installing techniques in order to actively increase the complying of proper hand sanitization close to 100% for all staff. The case study took place in an ICU in the north eastern United States At first, cameras and sensors were installed with the staff’s knowledge to see is hand washing rates increase. This proved to be not enough at first in order to enact the desired change. This led to an electronic board which rewarded and gave immediate positive feedback for each time an employee at the ICU complied with the hand sanitization efforts installed at the hospital. Tali mentions that in order to enact an action it is more important to reward incentives and provide positive feedback when applicable. This will in turn increase the rate of compliance, with most things not just hand washing although this was one of the main examples used in this chapter. 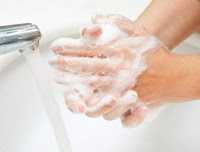 The final chapter I want to discuss before wrapping this up is chapter 6 as I thought this to be one of the more interesting chapters covered in the entire book. It is given the title of What Happens to Minds Under Threat? (State). Tali Sharot explains how stress and intimidation can affect our behavior. One parallel I would like to draw from this chapter to our lectures is the term tonic immobility. I believe tonic immobility is a direct effect of what can happen to our brains when we face stress. Tonic immobility refers to the state of freezing in a dangerous situation. One scenario in this chapter I thought was worth mentioning was the part where Tali Sharot discusses the man who happened to incite an intentional mass panic by just running down the street acting like something was terribly wrong. It is important to note this was just three days after the infamous 9/11 attack and in New York city. For Tali and the onlookers of this scenario, they assumed the man was under threat from something immense and if he is running hurriedly then surely the threat may be able to also affect the onlookers. This led to a small state of mass hysteria that would not have likely happened had the stress and fear of the prior attack was not still ingrained in their psyche. I like to imagine I would not be too motivated by stress as to start sprinting away from nothing, in a business suit most likely considering New York's immense business professional sector, in broad daylight. However I am sure those who engaged in the panic running would have thought the same that morning when asked if stress or fear controlled them that much. The conclusion of this chapter in my opinion is to recognize that stress and perceived threats can have a large impact on our behaviors whether we want to admit it or not. 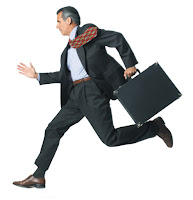 All in all, I enjoyed this book and found it insightful to say the least. As mentioned in the intro, I have had a couple of these thoughts to myself however I did not know the technical terms that Tali Sharot is able to specialize in as a cognitive neuroscientist. What I enjoyed the most from this book was the plethora of examples and evidence provided for each concept introduced in the book. There were many more I did not mention in the chapters I talked about, although they are just as important as the ones I highlighted. This book was able to provide educational information in an easily digestible way. I may not agree with all of Tali Sharot’s priors or viewpoints presented in the book, however I believe it was worth the read and is valid considering it is coming from an actual professional in the field of cognitive neuroscience. If you read this book and actually absorb the information presented, it is possible you will notice your own biases and view your own brain differently.
Posted by Steve Myers at 2:50 PM